Jordan Spieth sank a clutch nine-foot par putt on the 18th hole Saturday to set the 54-hole Masters scoring record and take a four-shot lead into Sunday’s final round at Augusta National. Spieth missed the final green, sending his approach into the crowd lining the last hole, but got up and down to finish on two-under 70 for the third round and complete 54 holes on 16-under par 200. The 21-year-old American, who could become only the fourth wire-to-wire Masters winner, broke the old three-round Augusta National record of 201 set by Ray Floyd in 1976 and matched by Tiger Woods in 1997 on their way to capturing green jackets. The only wire-to-wire Masters winners to date were Craig Wood in 1941, Arnold Palmer in 1960, Jack Nicklaus in 1972 and Floyd in 1976. Tiger Woods, a 14-time major winner, and world number one Rory McIlroy, seeking his third major win in a row to complete his career Grand Slam, were on 210 in shares of fifth and will be playing partners Sunday for only the second time in a major, the first coming in the first two days of the 2013 US Open won by Rose at Merion. 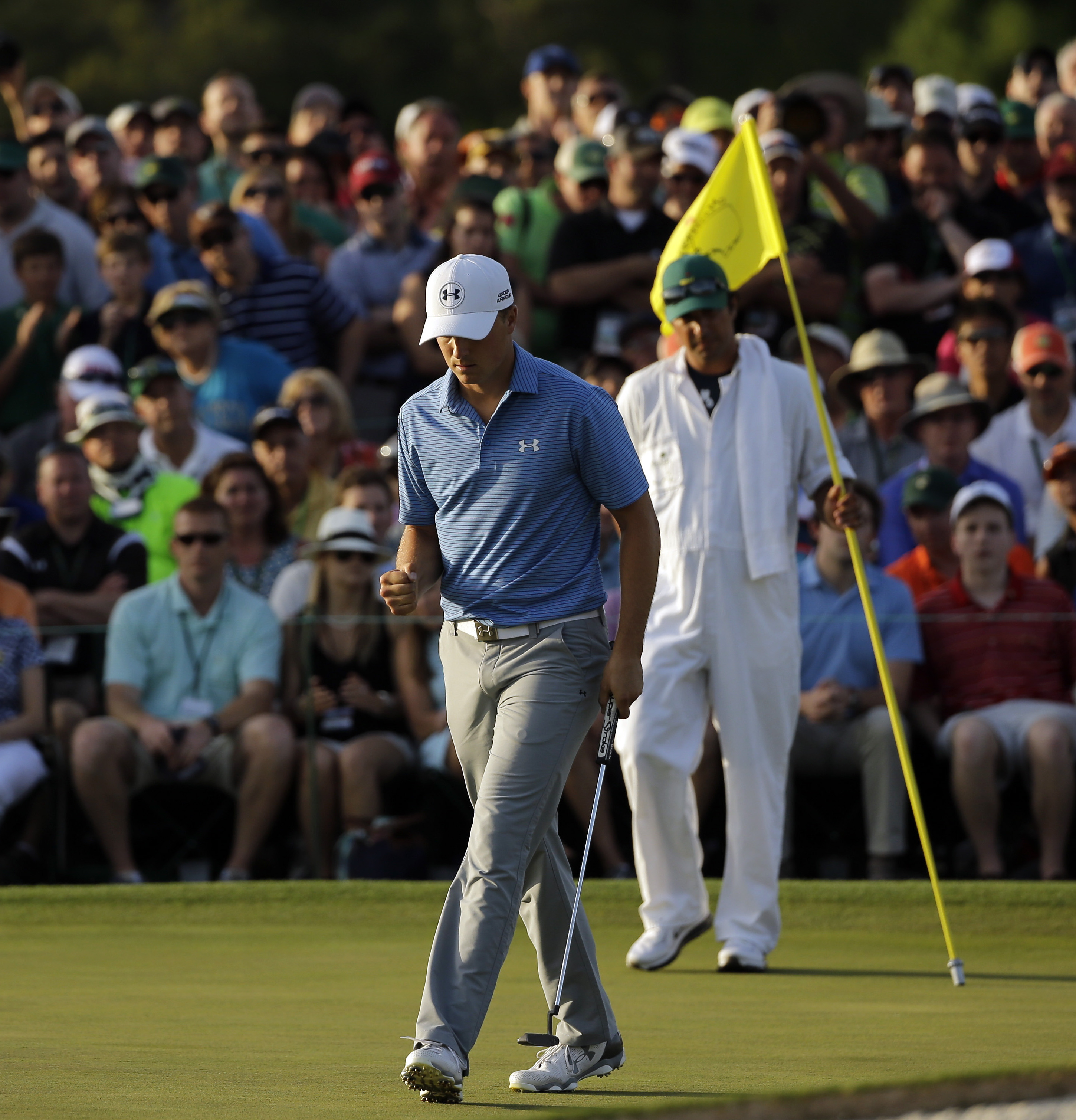