Hard-line Buddhists hurled gasoline bombs, and looted homes and businesses in attacks in several Muslim towns in southwestern Sri Lanka, killing three Muslims and seriously wounding more than 50 people. The overnight attacks were led by a mob from Bodu Bala Sena, or Buddhist Power Force, which rails against the country’s Muslim minority. The group has been gaining followers and is believed to enjoy state support.

Soon the house caught fire and we ran out because we could not stay with the smoke … We hid in the marsh and came back only after everything was over. Everything was destroyed. We were left only with the wet clothes we were wearing.

Gotabhaya Rajapaksa, Sri Lanka’s powerful defence secretary and the president’s brother, once made a public appearance supporting the group’s cause. The violence in the towns of Aluthgama, Darga Nagar and Beruwala erupted after a Sunday afternoon rally by Bodu Bala Sena. Video clips show the group’s general secretary, the Rev. Galagoda Atte Gnanasara, telling the crowd that Muslim-owned shops were in danger. Journalists saw dozens of shops gutted as well as motorbikes and bicycles piled up and set on fire in the rampage. Mosques were also defaced.

When people heard [about an attack on a Buddhist monk’s driver] they went out of control … This is natural because the people were under a lot of pressure. 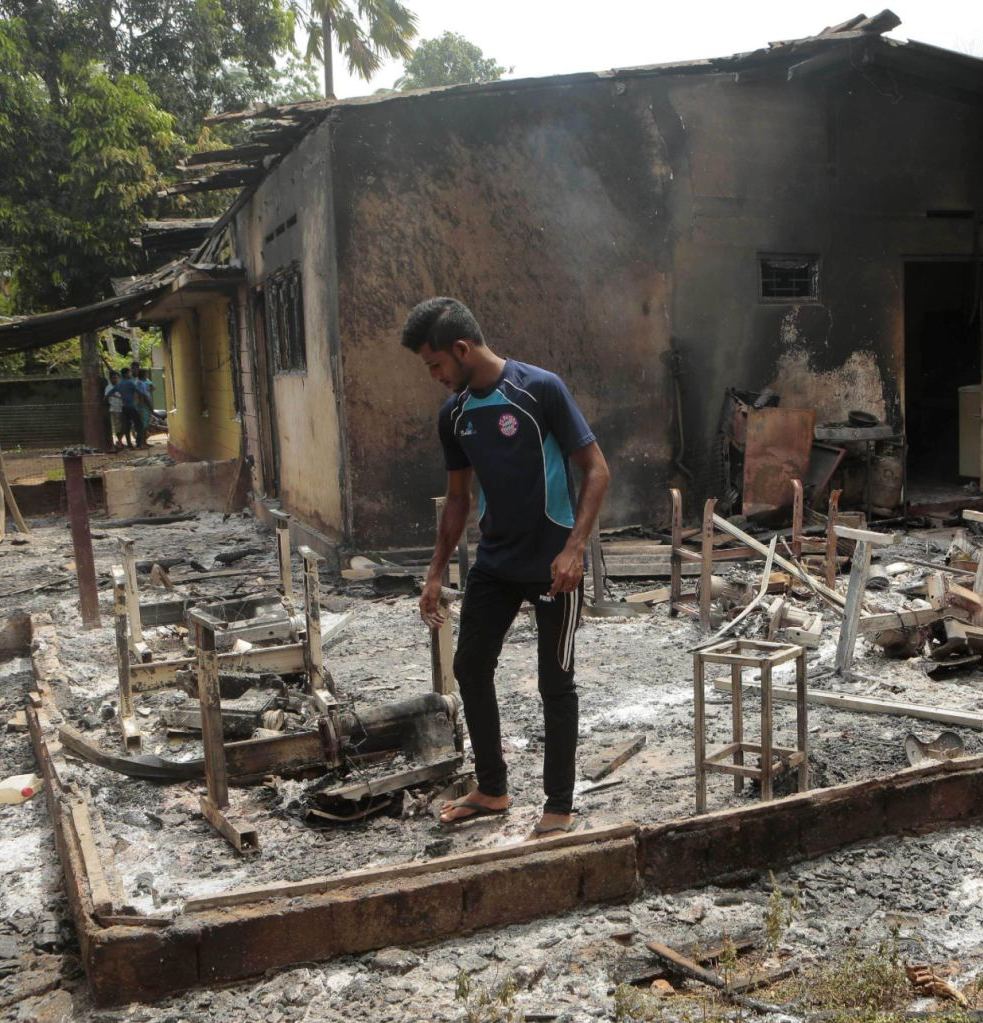