J.J. Abrams has revealed the names of some of the new Star Wars characters – via a pack of trading cards. Details about “Star Wars: The Force Awakens” are largely under wraps, although fans got the first peek at the hotly-anticipated movie when a teaser trailer was released last month. Now director Abrams and Lucasfilm boss Kathleen Kennedy have put some names to the faces by sharing the retro mocked up trading cards with Entertainment Weekly. The Topps-style cards, which seem to be a nod to the Star Wars cards released in the 70s, show John Boyega plays someone called Finn and Oscar Isaac plays Poe Dameron.

I’m only sorry we couldn’t give everyone a stick of gum.

Daisy Ridley, who is seen in the trailer apparently escaping from something or someone on some sort of hover vehicle, plays a character named Rey. The Sith warrior who was seen clutching the new-style lightsaber in the trailer is named Kylo Ren, while another card shows that the rolling robot is called BB-8. The new film is set 30 years on from the events of the 1983 film Star Wars: Episode VI – The Return Of The Jedi. As well as the newcomers, the franchise’s original cast including Harrison Ford, Mark Hamill and Carrie Fisher will return. Star Wars: The Force Awakens is due for release on December 18, 2015. 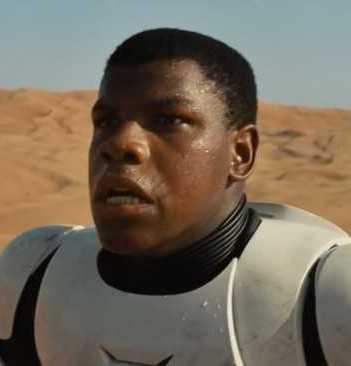