The underground acrobats who flip, somersault and pole-dance among New York City subway riders as trains roll are drawing a new audience—police officers. The New York cops are cracking down on the subway showmen who use the tight quarters of the nation’s busiest transit system as moving stages for impromptu—and illegal—pass-the-hat performances. More than 240 people have been arrested on misdemeanors related to acrobatics so far this year, compared with fewer than 40 at this time a year ago.

Is it a significant crime? Certainly not. [But] does it have the potential both for creating a level of fear as well as a level of risk that you want to deal with?

The subway acrobats say they’re just out to entertain, make a living and put a little communal levity in New York’s no-eye-contact commuting. Some passengers resent becoming a captive audience for acrobats and break-dancers in a cramped subway car, and police say they are responding to their concerns.

I don’t like all that action right in front of my face. 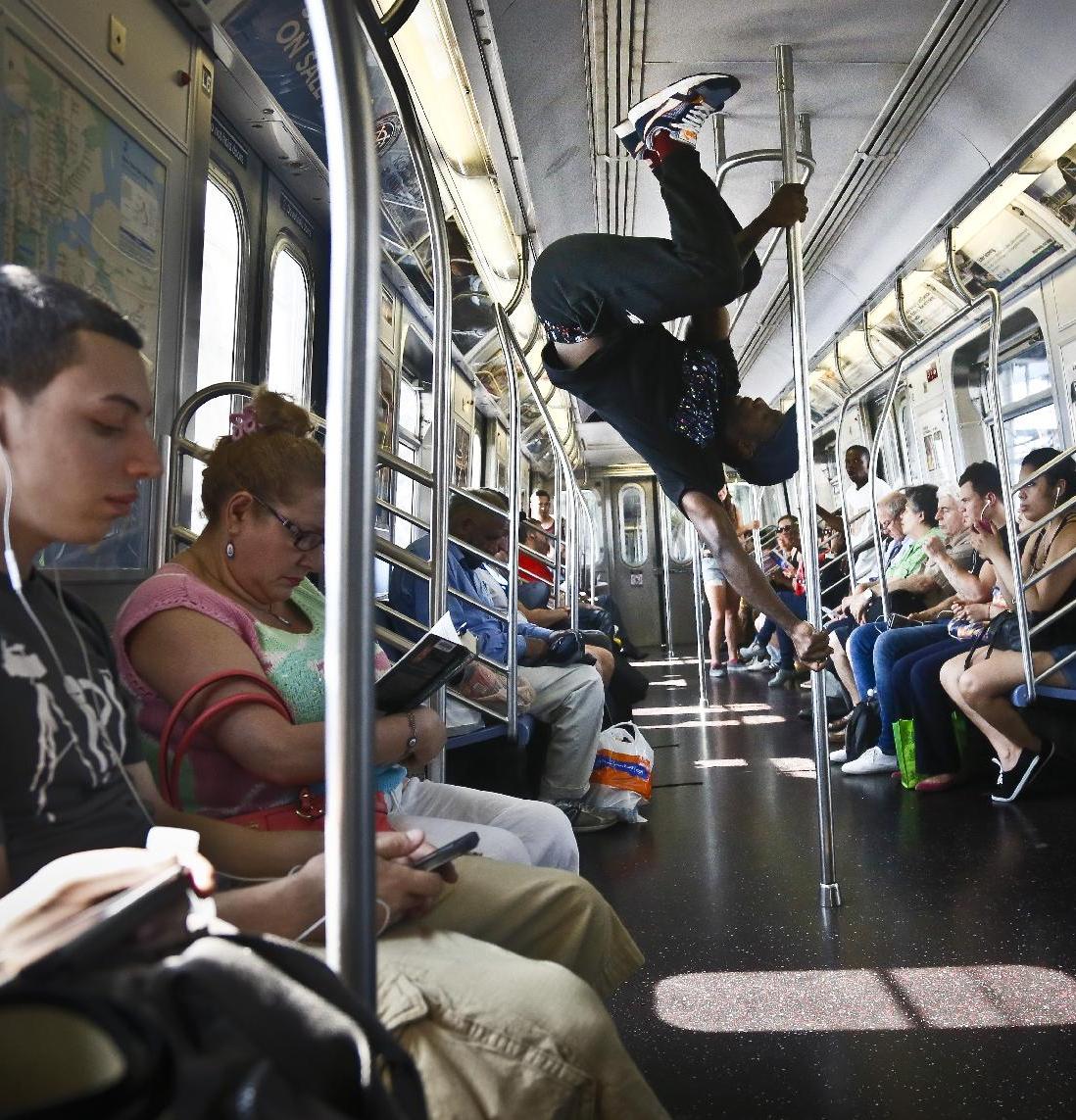