The murder case against Amanda Knox has taken yet another turn after her former lover cast doubt on her alibi. Raffaele Sollecito is seeking to distance himself from his co-defendant Knox as the pair prepare to appeal their convictions for the bloody murder of Meredith Kercher. Until now, the ex-lovers have been each other’s alibis—insisting they spent the night together at his house—but Sollecito is now claiming that this may not have been the case.

Raffaele has always maintained he spent the night with Amanda, but during the first part of the evening they were not together.

Knox and Sollecito—originally sentenced to 26 and 25 years in prison for the 2007 murder—were acquitted on appeal in 2011, after four years behind bars, but then found guilty again in a shock about-turn by a Florence court in January. If the verdict is upheld, officials are expected to begin a lengthy battle to extradite the 27-year-old Knox from the U.S. where she returned on her release from prison in 2011. Kercher, from London, was found with her throat slashed inside the apartment she shared with Knox in the university town of Perugia, central Italy, on Nov. 1, 2007. 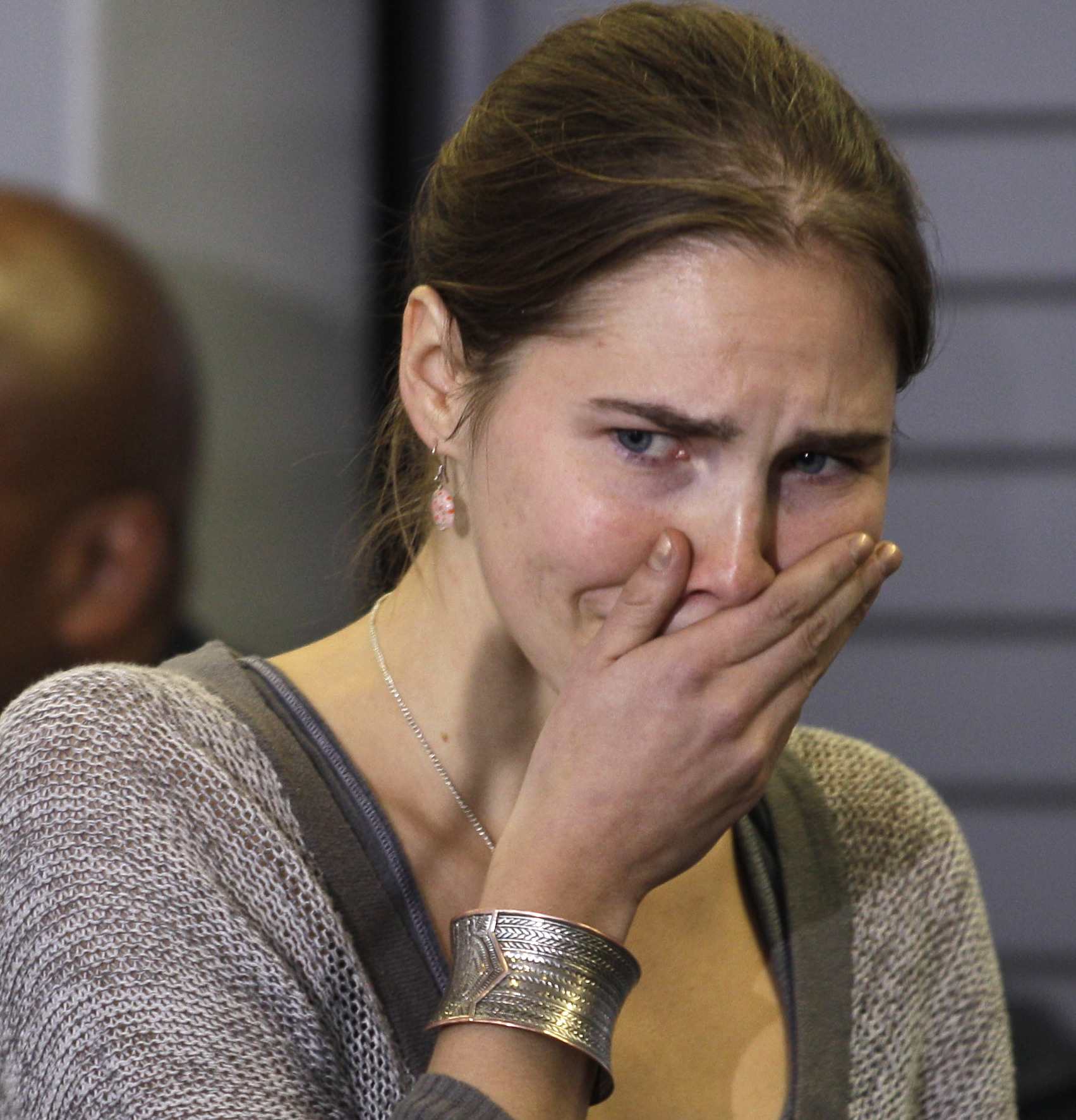