A “super computer” has duped humans into thinking it was a 13-year-old boy to become the first machine to pass the “iconic” Turing Test, experts have said. Five machines were tested at the Royal Society in central London to see if they could fool people into thinking they were humans during text-based conversations. The test was devised in 1950 by computer science pioneer and Second World War codebreaker Alan Turing, who said that if a machine was indistinguishable from a human, then it was “thinking”.

It’s a remarkable achievement for us and we hope it boosts interest in artificial intelligence and chatbots.

Vladimir Veselov, the Russian-born creator of the machine

No computer had ever previously passed the Turing Test, which requires 30% of human interrogators to be duped during a series of five-minute keyboard conversations, organisers from the University of Reading said. But “Eugene Goostman”, a computer programme developed to simulate a 13-year-old boy, managed to convince 33% of the judges that it was human, the university said. Prof Warwick said having a computer with such artificial intelligence had “implications for society” and would serve as a “wake-up call to cybercrime”. 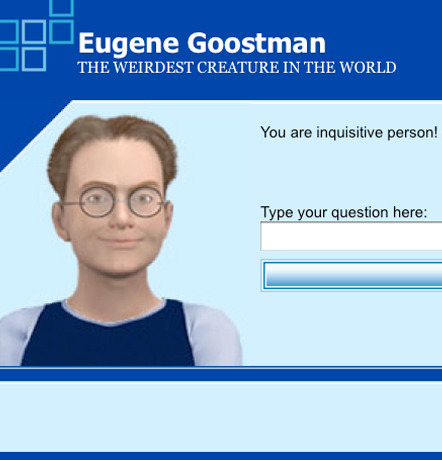