A typhoon heading towards southern China has strengthened as it approaches the provinces of Hainan and Guangdong and is now classified a “super typhoon”. Typhoon Rammasun, which has already killed at least 54 people in the Philippines, is expected to reach the mainland between the two provinces this afternoon, the National Meteorological Centre said on its website.

[We will] prevent any accidents that may be caused [by the typhoon] and reduce disaster losses as much as possible.

With winds of up to 180 kmph (112 mph), it will also bring heavy rains before moving into southwestern China, state news agency Xinhua added, saying the typhoon would be the strongest to hit the island of Hainan in 40 years. Flooding across a large swathe of southern China in the past week has already killed at least 34 people. 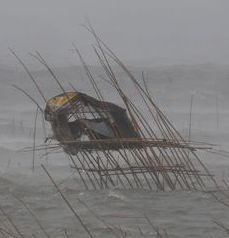