Yet another woman has come forward with allegations of sexual assault against comedian Bill Cosby—and this time, it’s supermodel Janice Dickinson who made the claim in a an exclusive interview with “Entertainment Tonight.” Dickinson, now 59, recalls first meeting Cosby, now 77, when her agent set up a meeting with him to hire her for a role on “The Cosby Show” in 1982. Dickinson says Cosby later reached out to her and had her travel to Lake Tahoe. Dickinson says they had dinner in Lake Tahoe, and claims that he gave her a glass of red wine and a pill, which she asked for because she was menstruating and had stomach pains. And that’s when she says that things took a disturbing turn.

Before I woke up in the morning, the last thing I remember was Bill Cosby in a patchwork robe, dropping his robe and getting on top of me. And I remember a lot of pain.

Dickinson also says she tried to write about the assault in her 2002 autobiography “No Lifeguard on Duty: The Accidental Life of the World’s First Supermodel,” but claims that when she submitted a draft with her full story to HarperCollins, Cosby and his lawyers pressured her and the publisher to remove the details. Dickinson is the third woman to come forward with a sexual assault accusation against Cosby, after a renewed interest in the allegations began when comedian Hannibal Buress called Cosby a “rapist” during an October comedy show in Philadelphia.

I’m certain now that he drugged and raped me. But as a teenager, I tried to convince myself I had imagined it. 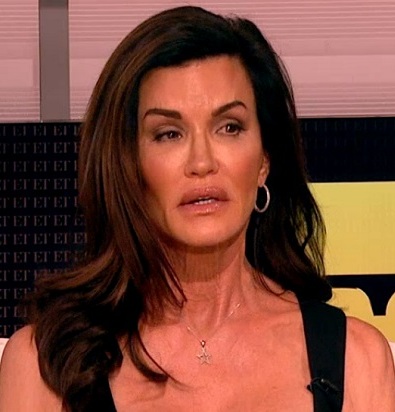