Taiwanese officials defended flight clearance given to a plane which crashed while trying to land during stormy weather, killing 48 people, as sobbing relatives gathered to identify their loved ones on Thursday. The plane, a 70-seat ATR 72, crashed near the runway while trying to land on the small island of Penghu, west of Taiwan island, with 54 passengers and four crew on board. The airline said one of the injured 10 survivors had gone home, and that five local residents had been hurt on the ground but they were also treated and released. The plane’s black box has been found, said an official from the civil aviation bureau.

Many people were questioning why the plane took off in typhoon weather… according to my understanding the meteorology data showed that it met the aviation safety requirements.

The crash of Flight GE222 was Taiwan’s first fatal air accident in 12 years and came after Typhoon Matmo passed across the island. Taiwan has had a poor record for aviation safety over the last two decades, though it has improved recently after the government tightened up safety measures. The airline was offering the family of each victim about $6,600 and paying another $27,000 for funeral expenses. 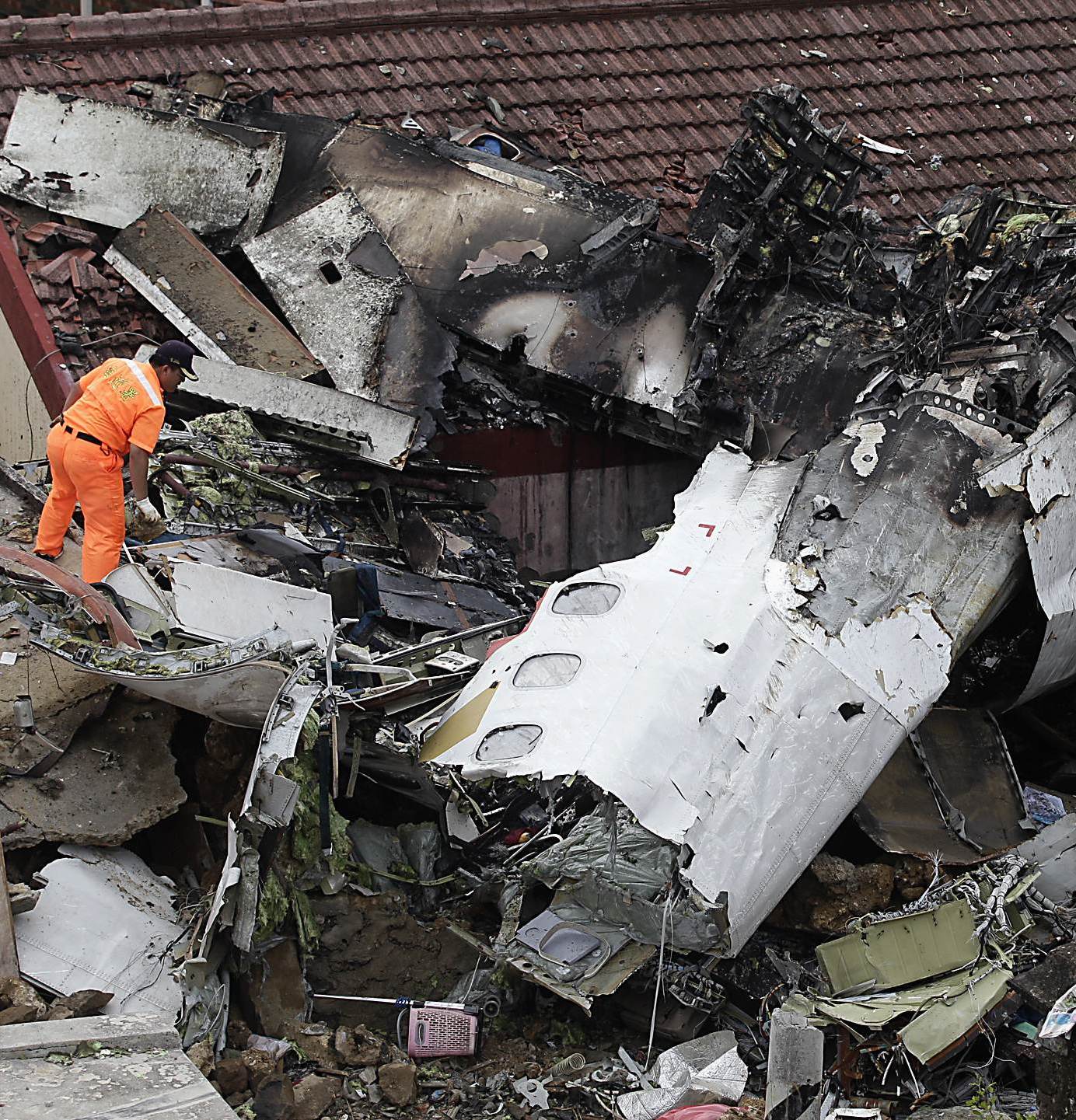