U.S. Marines taking part in a military exercise have been able to lighten their loads of body armour, weapons and other equipment thanks to experimental robotic technology. The Legged Squad Support System, or LS3, is being developed as a future robotic pack mule for the U.S. military and is being trialled at the annual Rim of the Pacific military drill in Hawaii. Described as moving like a cross between a goat and a pantomime horse, it is designed to carry 400lb of payload and travel 20 miles without refuelling.

If LS3 can offload 50 pounds from the back of each soldier in a squad, it will reduce warfighter injuries and fatigue and increase the combat effectiveness of our troops.

A soldier operates the machine by strapping a sensor to his/her foot and the LS3 automatically follows them using computer vision, so there is no need for a dedicated driver. It is said to be so surefooted it can recover its balance even after being given a hefty kick. 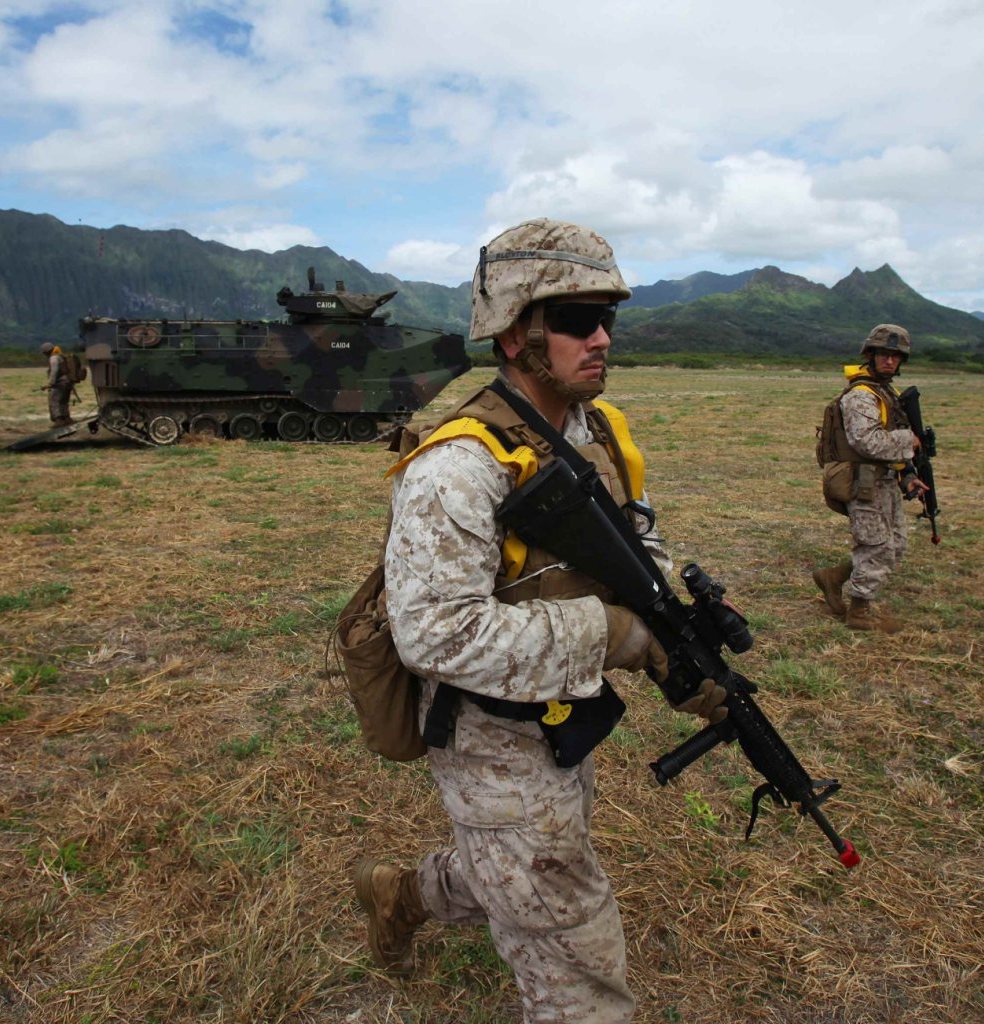