The week of emoji dieting (is not for vegans)

There are 59 food-themed emoji. What are they? How can they be assembled into recipes? And most importantly, could someone live on emoji alone? Kelsey Rexroat in The Atlantic undertook a challenge: For seven days, she would only eat foods represented by emoji and eat every emoji food by the end of the seven days. So was the emoji diet a contender in the weight-loss market? Not likely, given its emphasis on white rice, alcohol, and indulging in a dessert (or three) each day. Rexroat did, however, enjoy discovering new foods and restaurants.

I won’t be limiting myself to emoji again, but I will be eagerly watching to see which foods are added in future releases.

Kelsey Rexroat in The Atlantic 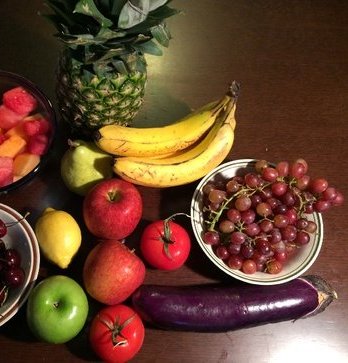