Thousands march for Gaza in a wave of global protests

Demonstrations against the military action in Gaza were held around the world this weekend. Around 3,000 demonstrators gathered at a square in Israel’s Tel Aviv, while thousands more convened in Berlin and Tokyo. Around 800 protesters in Paris clashed with police on Saturday when marchers defied a ban by French authorities to rally against Israel’s offensive in the Gaza Strip. Thousands gathered in England and Canada, and marches were held in most major South African cities.

Our goal is not to attack the Jews, it is to condemn the policies of a government.

Israel began its offensive earlier this month, citing a surge in rocket attacks launched from Hamas militants in Gaza. The Palestinian death toll in the Gaza Strip on Saturday climbed to 1,000—most of them civilians. Thirty-five Israeli soldiers and three civilians have also died. U.S. Secretary of State John Kerry is meeting counterparts from Europe, Qatar and Turkey at French-hosted talks in Paris. Meanwhile, Hamas has agreed to a new 24-hour ceasefire that will begin at 2pm on Sunday, Gaza time. 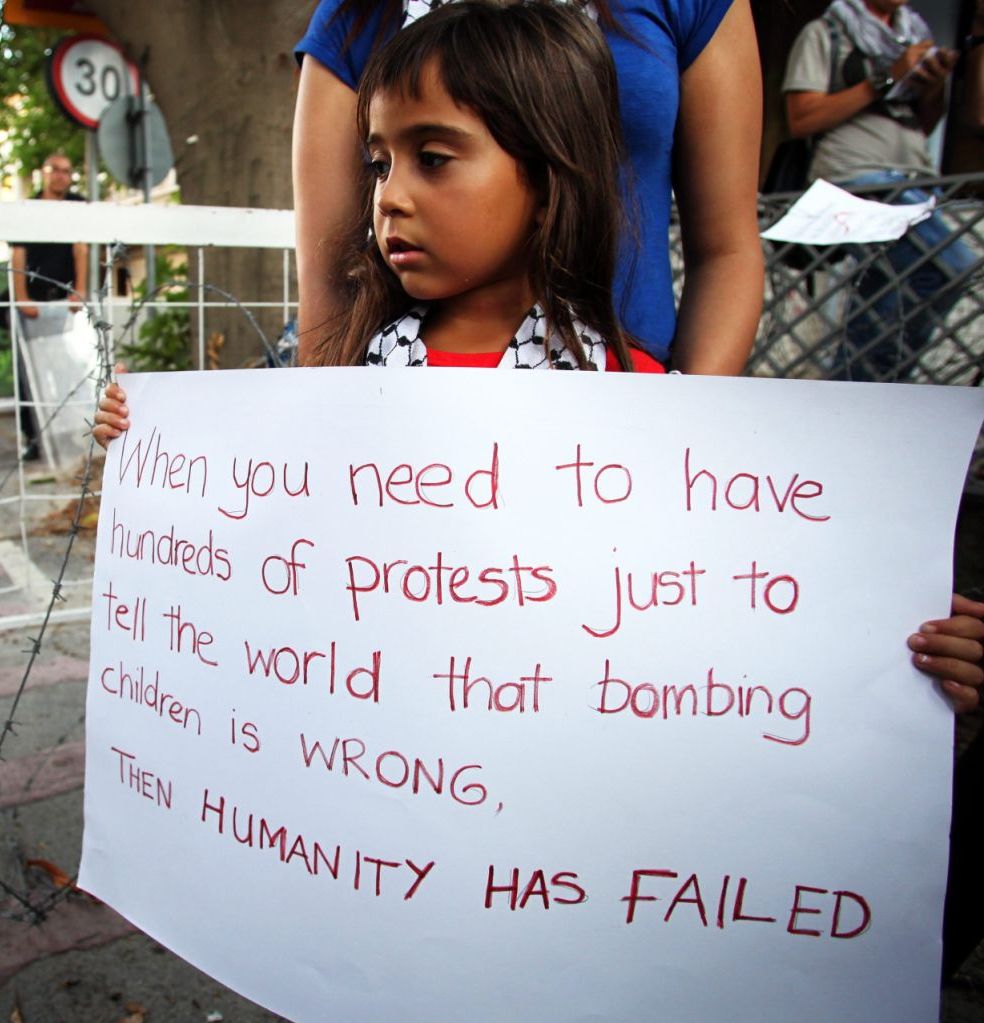