At least 12 people are known to have died, including two children, and an unknown number of others are missing after heavy rain and flooding hit parts of northeastern Bulgaria. Police in the worst-hit Black Sea resort town of Varna confirmed 10 bodies have been recovered from floodwaters. It remains unclear how many more people are still missing. A state of emergency has been declared in Varna’s low-lying district of Asparuhovo, where many houses are flooded and dozens of cars have floated away and are lying on top of each other.

The tragedy is enormous. I am here on a street in the suburb of Aspruhovo. The street is not here, the houses are not here, there are cars on top of each other.

Many people seen on the streets were crying over the deaths of loved ones, others desperately looked for help. Prime Minister Plamen Oresharski, who arrived in Varna early Friday, called the flooding “a huge tragedy.” The government declared Monday, June 23, a national day of mourning. Large parts of the Balkan country have been hit by heavy rain and hailstorms, and hundreds have been cut off from electricity and food supplies. The national meteorological service said rainfall in eastern Bulgaria in the past 24 hours equaled the average amount for a month, and warned that more rain was expected.

It is unbelievable and unexplainable when you look at all the damage around caused by the flood that hit us. 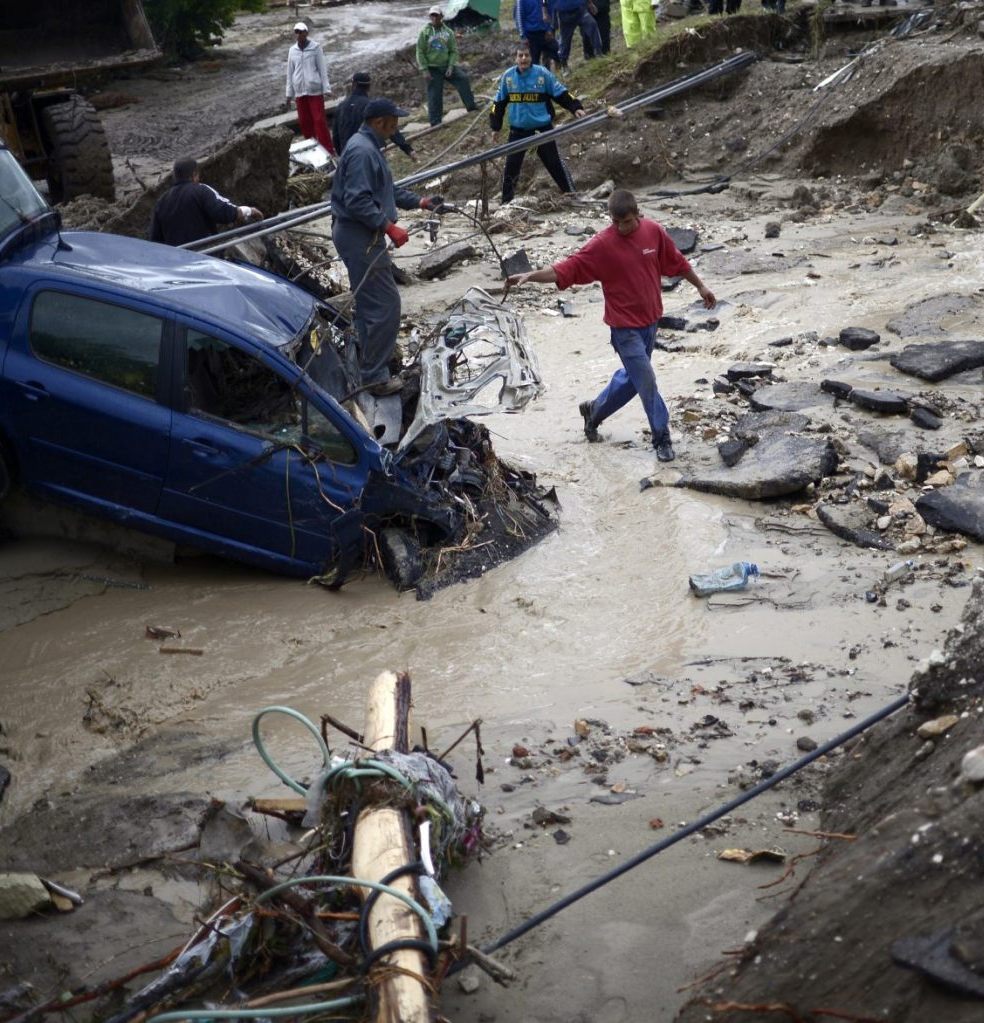