A report that scientists are calling one of the most comprehensive studies of great white sharks finds their numbers are surging in the ocean off the Eastern U.S. and Canada after decades of decline — bad news if you’re a seal, but something experts say shouldn’t instill fear in beachgoers this summer. The scientists behind the study attribute the resurgence to conservation efforts, such as a federal 1997 act that prevented hunting of great whites, and greater availability of prey. The species is listed as vulnerable by the International Union for Conservation of Nature.

The species appears to be recovering. This tells us the management tools appear to be working.

Great whites owe much of their fearsome reputation to the movie “Jaws,” which was released 39 years ago Friday. But confrontations are rare, with only 106 unprovoked white shark attacks — 13 of them fatal — in U.S. waters since 1916, according to data provided by the University of Florida. They are, though, ecologically critical. They are apex predators — those at the top of the food chain — and help control the populations of other species. That would include the gray seal, whose growing colonies off Massachusetts have provided food. 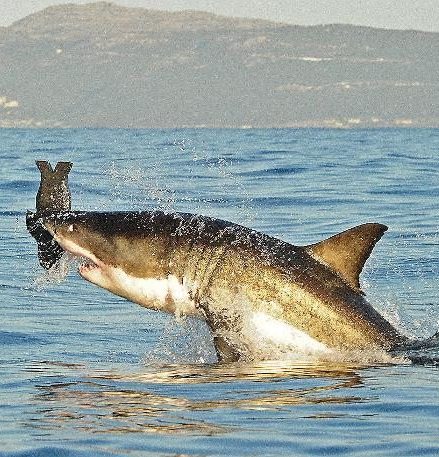