New Indian Prime Minister Narendra Modi’s promises to revive the economy face a gathering threat from inflation, which is creeping up again due to oil prices, weak monsoon rains and hoarding, analysts say. Food inflation, one of the reasons voters resoundingly ejected the previous Congress government in elections in April and May, is gathering pace with troublesome onion prices in the spotlight. The new government announced measures last week to tackle the problem after winning the general election on a platform of good governance and jump-starting the economy, which is growing at its slowest pace in a decade.

All efforts will be made to ensure there is no shortage of onion, potato and tomato anywhere in the country.

The day before, the government announced a minimum export price for onions of $300 per tonne in a bid to prevent overseas sales and reduce prices in the local market. Tackling hoarders — large traders who keep food in stock while waiting for prices to rise — has long been a priority for Indian governments, but with few results. Analysts say the new attempts to slam a lid on prices are a good first step by the Modi government — although there are limits to how much the central government can do without state cooperation.

Cartels are unfair business practices. So cracking down on such won’t make the PM anti-business. Such steps are needed to control inflation expectations. 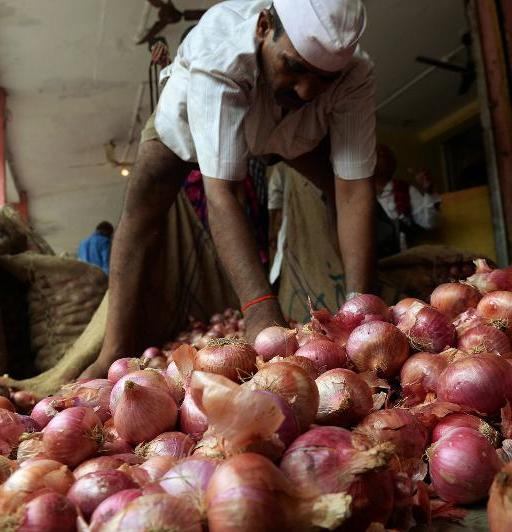