Forces from the Libyan city of Misrata on Saturday seized Tripoli’s main airport after more than a month of fighting with a rival group, a Misrata spokesman said. Pictures on social media purportedly showed Misrata fighters celebrating at the terminal building and standing on civilian planes in what, if confirmed, would be a big development in the battle to control the capital. The militia alliance - which includes some Islamist fighters and others from the city of Misrata - said it had won control of the airport despite being targeted by mystery airstrikes for a second time this week. Spokesmen for the alliance blamed the strikes on Egypt and the United Arab Emirates - two countries which have been at the forefront of action against Islamists in the region. The reported fall of the airport is a setback for the rival militia from the city of Zintan, allies of Gen Khalifa Haftar, who launched a campaign earlier this year against what he termed the “Islamist-dominated” government. The Zintan militia had controlled the airport for nearly three years.

This is a war between the Libyan state and the state institutions led by our sons, soldiers and officers in the army, against terrorist groups outside of the law.

House of Representative statement about the ongoing conflict

War planes had earlier struck Misrata positions in Tripoli in an attack claimed by renegade general Khalifa Haftar. The raids killed 10 people and wounded dozens, the Misrata faction said. The fighting is the worst since the overthrow of Muammar Gaddafi in 2011. In the NATO-backed campaign to oust Gaddafi, fighters from the western region of Zintan and Misrata, east of Tripoli, were comrades-in-arms. But they later fell out and this year have turned parts of Tripoli into a battlefield. 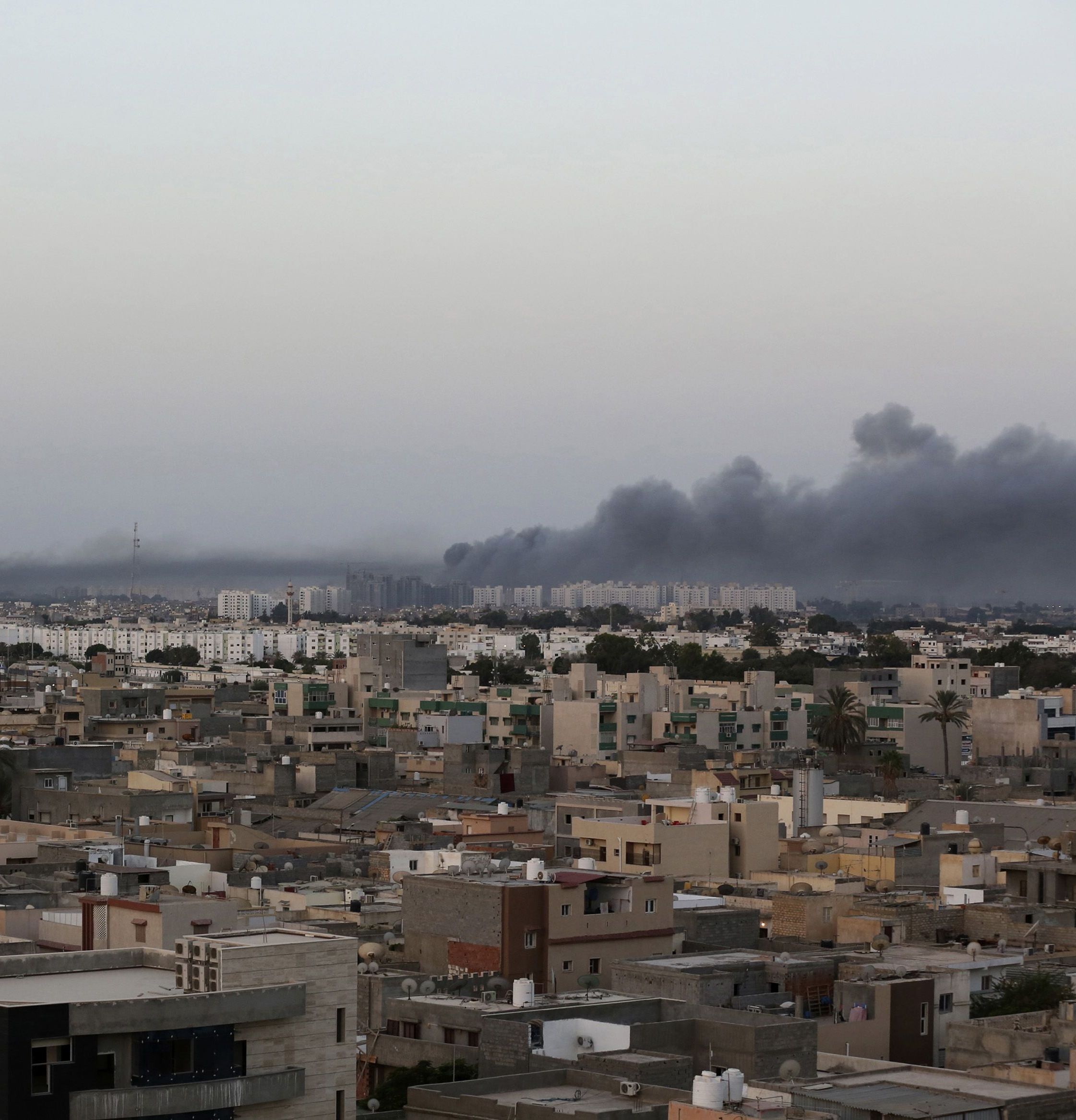