Ukraine is inspecting the convoy of over 200 trucks of Russian aid Friday before deciding whether or not to allow the trucks to continue. While Ukrainian officials worry that the convoy could be a pretext for a Russian military invasion, Moscow has denied any ulterior motives. Russia says its convoy is carrying 2,000 tonnes of water, baby food and other aid for people in the region. Relief agencies say people living in Luhansk and in Donetsk, where pro-Moscow separatists are fighting government forces, face shortages of water, food and electricity after four months of conflict, in which the United Nations says more than 2,000 have been killed.

Ukrainian border guards are there already in large numbers.

Apart from the trucks, a Reuters reporter at the scene saw a dozen armoured personnel carriers (APCs) on the move not far from the convoy. Another Reuters reporter saw two dozen APCs moving near the border with Ukraine on Thursday night. Kiev and NATO have said they fear Russia, which they say has massed more than 40,000 troops near the border, will invade east Ukraine. Russia says it is conducting military exercises and has no plans to invade. It also denies supporting rebels in eastern Ukraine with arms and funds. Kiev has said if the humanitarian convoy enters Ukraine without the consent of the authorities, the Ukrainian government will view that as an illegal incursion. However, it appeared likely that a deal could be brokered.

These movements into Ukrainian territory take place practically every day with the aim of provoking (the Ukrainian side). Last night was no exception. Some armoured vehicles came across. We are checking on the quantity and the number of people who came over. 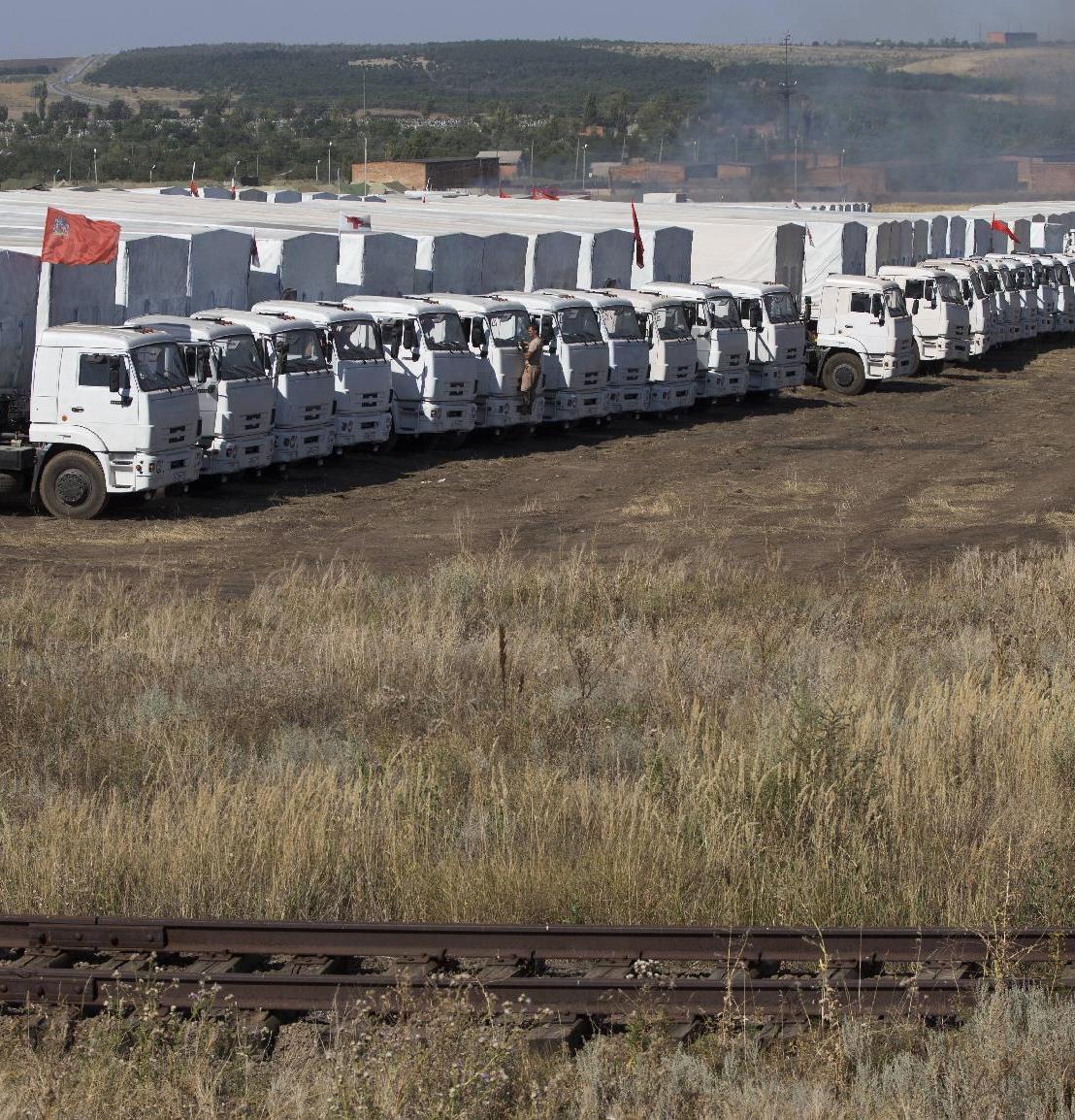