TSA: Passengers on U.S.-bound flights must turn on phones, electronics

The U.S. Transportation Security Administration will not allow cellphones or other electronic devices on U.S.-bound planes at some overseas airports if the devices are not charged up, the agency said on Sunday. The new measure is part of the TSA’s effort announced last week to boost security amid concerns that Yemen-based al-Qaida in the Arabian Peninsula and the Islamist al-Nusra Front, al-Qaida’s affiliate in Syria, are plotting to blow up an airliner, U.S. officials said.

Security agents may ask travelers to turn on their electronic devices at checkpoints and if they do not have power, the devices will not be allowed on planes, the TSA said. A U.S. source said laptop computers are among the devices security screeners may require passengers to turn on. U.S. officials singled out smartphones including iPhones made by Apple Inc. and Galaxy phones made by Samsung Electronics Co. Ltd for extra security checks on U.S.-bound direct flights from Europe, the Middle East and Africa. 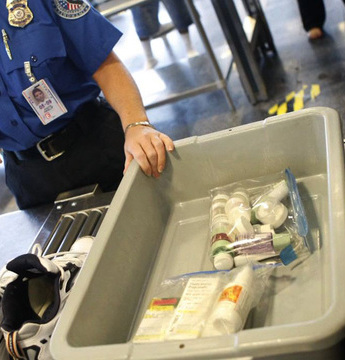