An Air Canada plane made an “abrupt” landing and skidded off the runway at the Halifax airport in bad weather, and officials said early Sunday that 25 people were taken to a hospital for observation and treatment of minor injuries. The airline said a preliminary count showed Flight AC624, which left Toronto late Saturday, had 132 passengers and five crew members.

We are thankful no serious injuries have been reported.

Flight tracking service FlightAware showed that the plane is an AirbusA320. Airport spokesman Peter Spurway said the aircraft touched down in stormy conditions. “It came down pretty hard and then skidded off the runway,” Spurway said. He said he didn’t know whether runway conditions played a role. The Halifax region is currently under a snowfall warning, with an Environment Canada alert saying: “Visibility may be suddenly reduced at times in heavy snow.”

It was so chaotic at the time. I’m pretty sure the landing gear broke on it. The engine on my side popped off.

Mike Magnus, a businessman who was sitting in the first row on the plane 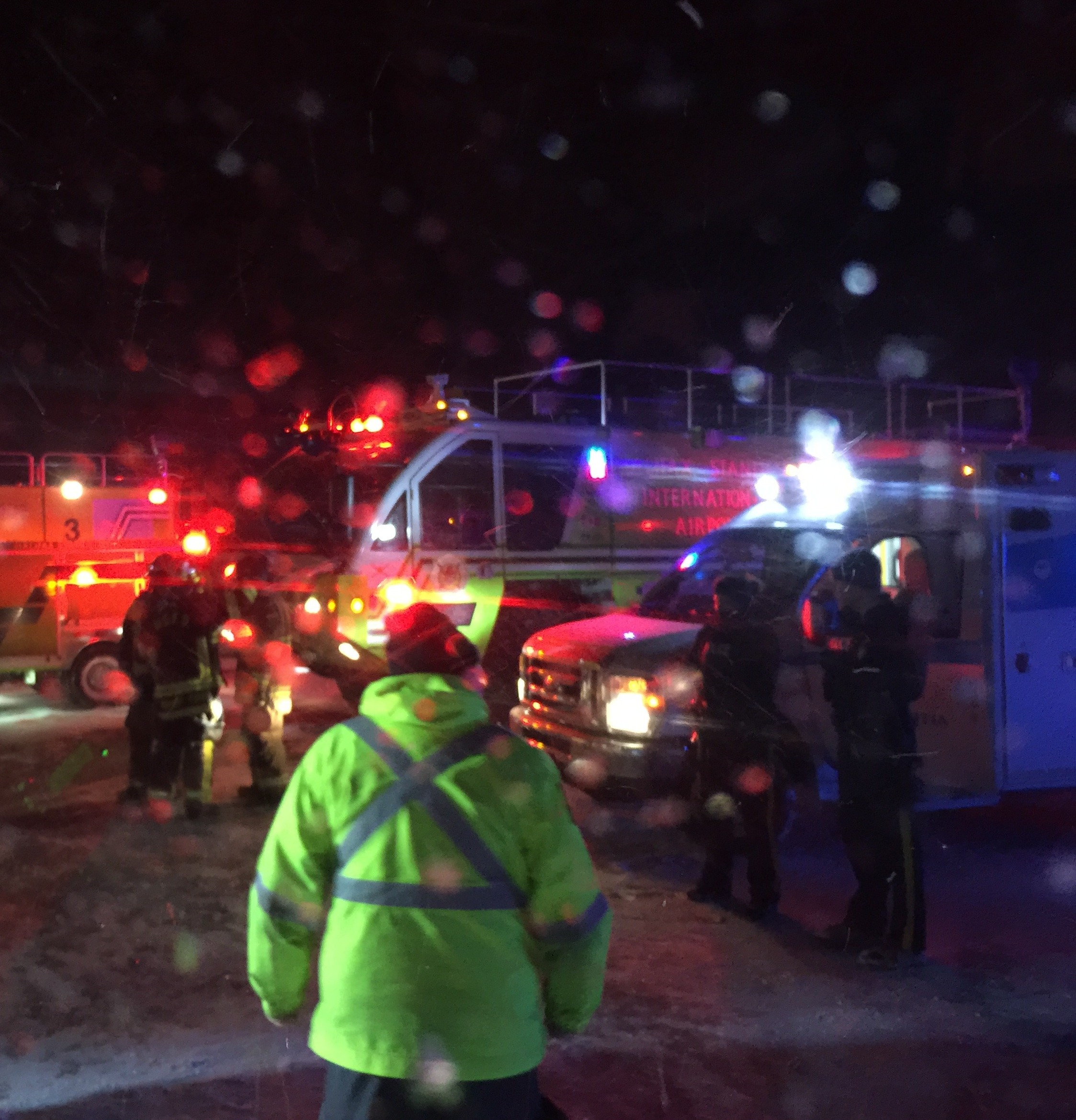