Two arrested over shocking revenge rape of child in India

Two suspects have been arrested over the rape of an 11-year-old girl which was allegedly ordered by a village leader to punish her brother. Medical examinations confirmed the girl had been assaulted on Monday and investigators are unraveling another shocking case of sexual violence in India. Anurag Gupta, spokesman for police in the impoverished eastern state of Jharkhand, said the girl’s brother was accused of attempting to molest a neighbour. When the woman and her husband complained to village elders, one of them suggested that the husband rape either the sister or daughter of the alleged molester to punish him.

They took her to the jungle and raped her. All the villagers came here, stood by and didn’t do anything. We were crying, begging for help, but still nobody did anything.

The mother of the victim

Gupta said the husband had been arrested for the alleged rape in daylight on Monday, along with the village leader for ordering the crime. The brother has also been detained for the original alleged attempt to molest the husband’s wife. Village elders still hold huge sway in deeply impoverished Indian villages and often act as a parallel legal system, settling disputes and handing down judgements. The girl belonged to the Gulgulia community, near the bottom of India’s rigid caste system whose members are often beggars.

It is a barbaric incident that took place. We will not spare the accused for it. 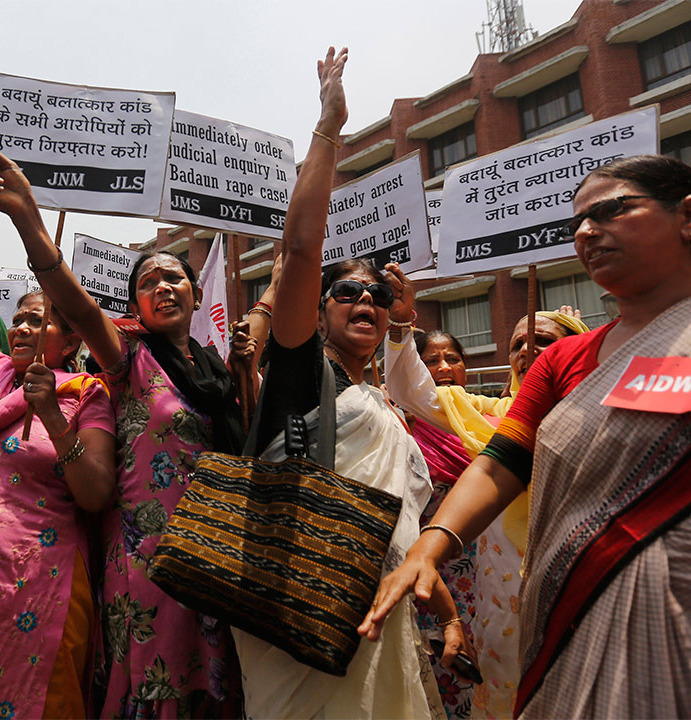