Prospects for peace in eastern Ukraine are “bleak”, underscoring the need to uphold a shaky ceasefire between government forces and pro-Russian separatist rebels, a senior official from the OSCE security watchdog said, with nearly 1,000 deaths since a truce was signed in September. The United States said it plans to increase non-lethal military assistance to Ukraine, including deliveries of the first Humvee vehicles, having decided for now not to provide weapons. Moscow supports the separatists but denies it is backing the rebels with arms and troops in a conflict which the United Nations says has killed more than 4,300 since mid-April.

Putin’s actions are a threat to everyone, the global order, global peace, a direct threat to the EU and NATO member countries.

The UN described the situation in Ukraine as “the total breakdown of law and order.” Human rights officials warned that an influx of sophisticated weapons and foreign fighters, including Russian troops, was having a devastating impact on the human rights situation in the country.  In addition to the 467,000 people displaced inside Ukraine, 459,339 people have fled the country, with 387,355 of them crossing into Russia.

Civilians, including women, children, minorities and a range of vulnerable individuals and groups continue to suffer the consequences of the political stalemate in Ukraine. 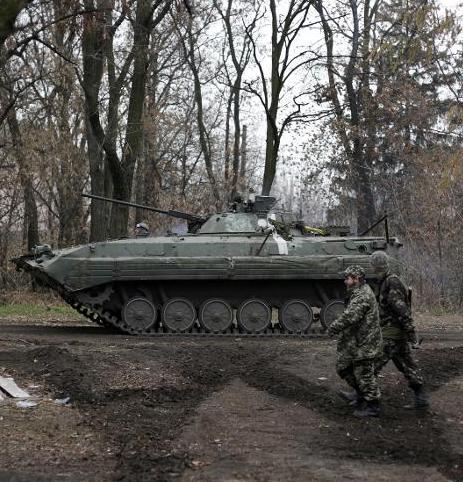