The World Food Programme (WFP) has suspended food aid to more than 1.7 million Syrian refugees in neighbouring countries, blaming a financing crisis caused by unhonoured cash pledges. Refugees in Jordan, Lebanon, Turkey, Iraq and Egypt risk going hungry this winter if donors do not urgently provide the $64 million needed to finance the distribution of food vouchers through December, the U.N. agency said. While WFP didn’t name which countries haven’t made good on their commitments, foreign ministers from Germany, Finland and Sweden told reporters in Copenhagen their countries could do more to fill the funding gap.

UN High Commissioner for Refugees Antonio Guterres, in a statement

WFP said the refugees affected by the suspension of food aid included many children in Lebanon and Jordan facing harsh winters without adequate clothing or footwear, and living in tents already caked in mud that has made hygiene precarious. It has fed millions of displaced people inside Syria and up to 1.8 million refugees in five neighbouring countries, in the three and a half years since the conflict erupted. The U.S., which has stumped up more than $3 billion for the Syrian people, including some $935 million for the WFP since the start of the conflict, also voiced concern over the suspension.

The suspension of WFP food assistance will be disastrous for many already suffering families. 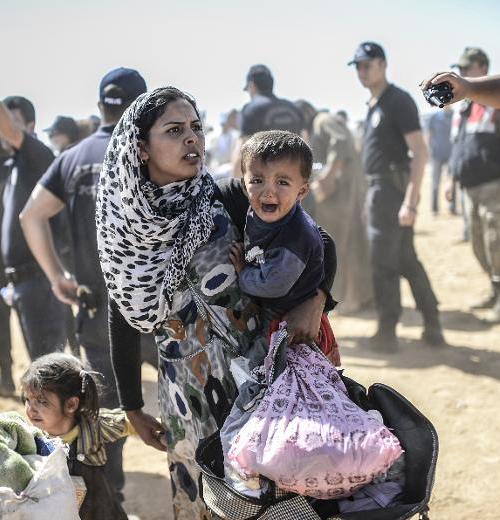