The U.S State Department said on Saturday it was temporarily removing its personnel from Libya because of fighting near the U.S. embassy in Tripoli. Turkey had also removed about 700 personnel from the North African country, U.S. Secretary of State John Kerry told reporters at the U.S. ambassador’s residence in Paris before holding talks there with Turkish and Qatari counterparts on the Middle East.

We call the people of Zintan and Misrata to urgent talks with the government to resolve this crisis and work out an initiative to settle this at once.

Since the 2011 fall of Tripoli, fighters from the western town of Zintan and allies have controlled the area including the international airport, while rivals loyal to the port city of Misrata had entrenched themselves in other parts of the capital. Heavily armed, they have refused to hand over their guns and sided with competing political forces trying to shape the future of Libya in the messy transition since Gaddafi’s four-decade rule over the North African state. 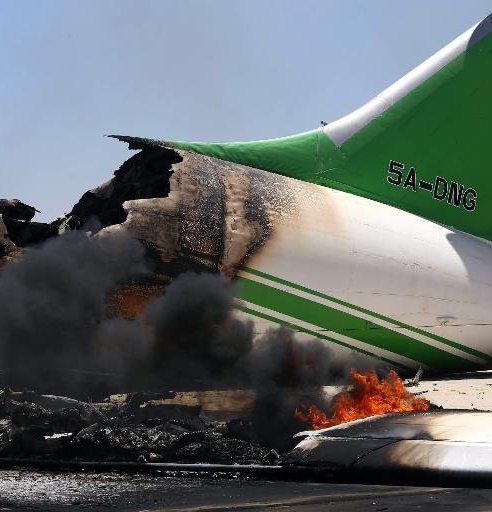