Kidnappers in Syria have freed an American writer missing since 2012, Secretary of State John Kerry said on Sunday, following what Qatari-owned TV station Al Jazeera said were efforts by the Gulf Arab state to win his release. Kerry said in a statement announcing the release of Peter Theo Curtis that the United States was using “every diplomatic, intelligence and military tool” at its disposal to secure the release of other Americans held hostage in Syria. Kerry said Curtis had been held by Nusra Front, al-Qaida’s official wing in Syria whose rivalry with the Islamic State of Iraq and the Levant (ISIL) has fueled war among the insurgents themselves.

After receiving a medical checkup, Mr. Curtis was handed over to representatives of his government.

The U.S.-based Committee to Protect Journalists estimates that about 20 journalists are missing in Syria. Many of them are believed to be held by ISIL. Police and spy agencies are close to identifying the English-accented militant depicted on video showing the killing of U.S. journalist James Foley, Britain’s ambassador to the United States said Sunday. He said investigators were using techniques such as sophisticated voice-recognition software to identify the masked, knife-wielding figure. 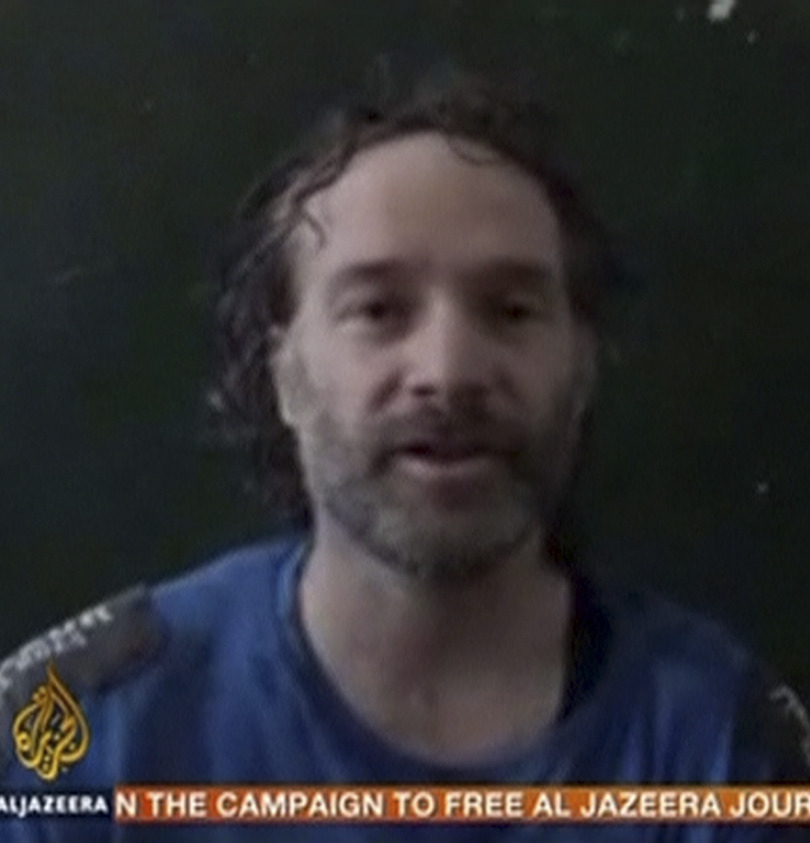