U.S. town to U.K. tabloid: Our London Bridge is not falling down

The London Bridge, in the U.S., is getting $600,000 worth of improvements, not the bulldozing fate and drug tourism reported by U.K. tabloid The Sun. Officials in Lake Havasu City, Arizona, have demanded a retraction and an apology from the newspaper. Sylvia Want, originally from the outskirts of London, said she began receiving calls from friends and relatives in Britain shortly after the article came out, asking if the report was true. She took a copy to city officials, afraid it would hurt tourism and create the impression that Lake Havasu City would become a hot spot for drug users.

We know we can’t believe what’s in these publications and take them seriously. But there are a lot of people who take it with less than a grain of salt.

The article in The Sun claimed the bridge is cracking and that the city is so desperate for tourism dollars that it has decided to create a haven for marijuana users called Hemped in Havasu. Marijuana is illegal in Arizona, except for the treatment of certain medical conditions. The bridge, which spans a channel between the shoreline and an island in Lake Havasu, was sold by the British government in 1968 to Robert P. McCullough, the founder of Lake Havasu City. The bridge was dismantled in London, transported to Lake Havasu and reassembled over a three-year period. 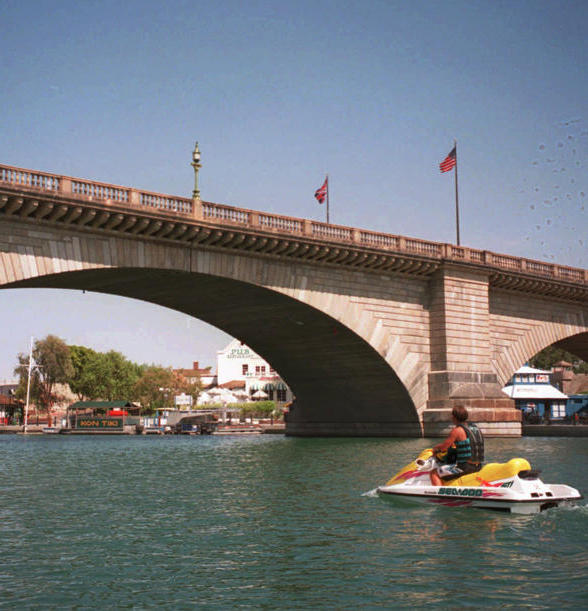