It’s that time of year again when dogs with unusually large heads, hairless bodies and other oddities compete to be the World’s Ugliest Dog. This year’s winner? A 2-year-old mutt named Peanut, whose wild white and brown hair, bulging eyes and protruding teeth belie his sweet, energetic personality. Although Peanut is healthy now, his owner, Holly Chandler of Greenville, North Carolina, says he was seriously burned as a puppy, resulting in bald patches all over his body. Chandler hopes Peanut’s victory will help raise awareness about animal abuse.

We’re trying to use him as a poster child for what can happen to animals who are abused.

The past five winners have included a duck-footed beagle, boxer and basset hound mix with a waddle, a Chinese crested and Chihuahua mix with a protruding tongue and short tufts of hair and a Chihuahua with a missing eye and a camel’s back. 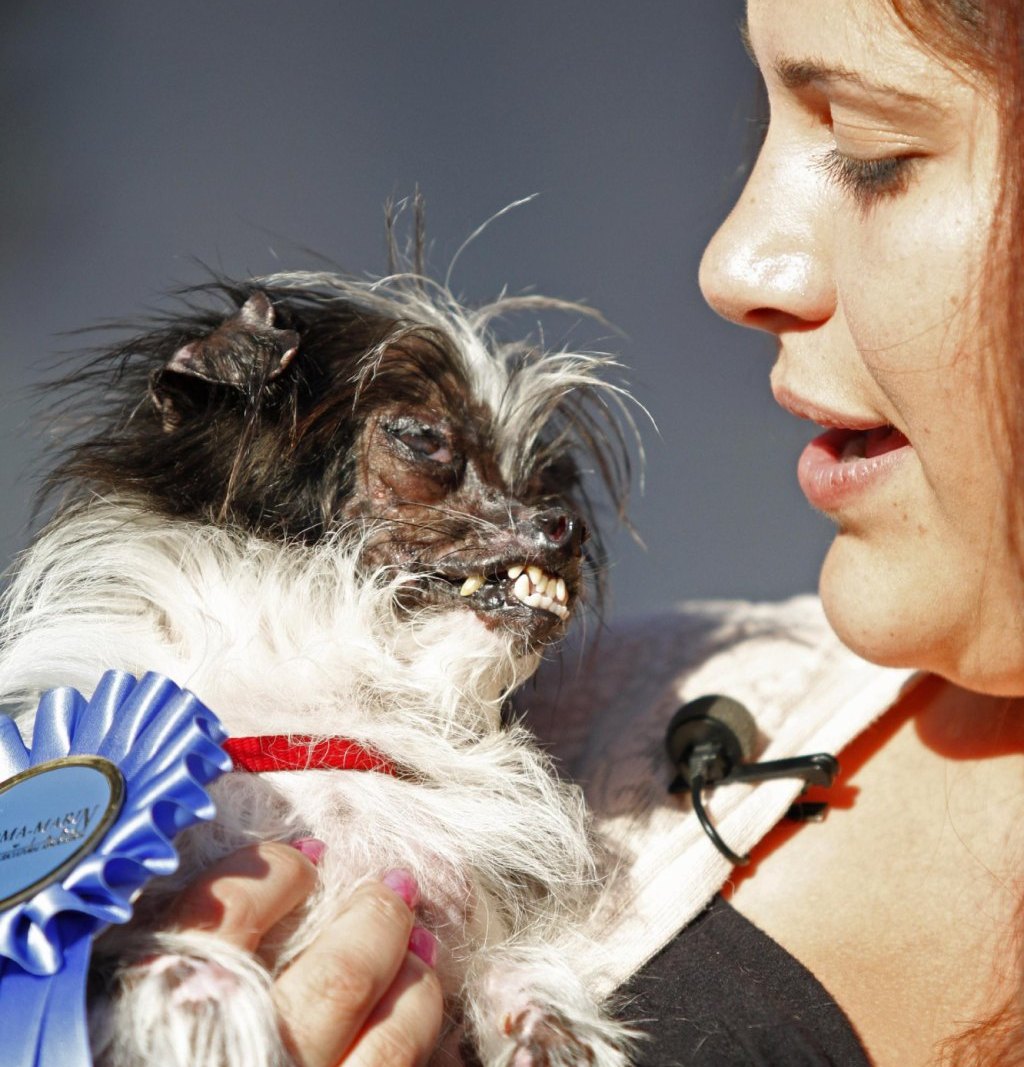