Rebels in east Ukraine on Wednesday appeared to have seized swathes of territory from retreating government forces, while Western intelligence said Russian army units were operating inside the country. After weeks of government offensives that have seen troops push deep into the last rebel bastions, the tide appears to be turning once again in the four-month conflict, prompting a nervous government in Kiev to call on NATO for help. AFP journalists saw no signs of government troops south of the rebel-held city of Donetsk, with road blocks on the entire 100-kilometre (60-mile) stretch to the Azov Sea manned by pro-Russian rebels.

These incursions indicate a Russian-directed counter-offensive is likely under way in Donetsk and Lugansk…Clearly that is of deep concern to us.

A volunteer commander posted on Facebook that government forces were surrounded in the key transport hub of Ilovaysk and reinforcements were desperately needed. Evidence of the deteriorating situation emerged just hours after the first meeting in three months between Ukrainian President Petro Poroshenko and his Russian counterpart Vladimir Putin, which failed to achieve any concrete breakthrough. There is increasing concern in Kiev and the West that Russia is intervening directly in the conflict — a charge that Moscow has repeatedly denied. The Ukraine government claimed on Wednesday that a battalion of Russian soldiers had set up a military headquarters near the village of Pobeda, around 50 kilometres southeast of Donetsk. Meanwhile, Poland’s Prime Minister Donald Tusk said NATO and Polish intelligence have evidence of regular Russian army units operating in Ukraine. 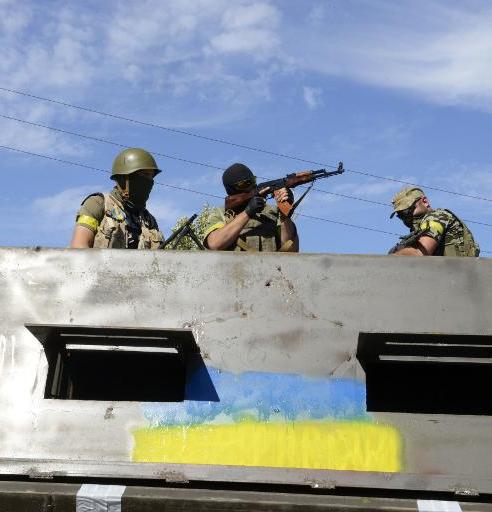