Ukrainian war planes bombarded separatists along a broad front today “inflicting huge losses”. President Petro Poroshenko said “scores and hundreds” would be made to pay for a deadly missile attack on Ukrainian forces. In exchanges marking a sharp escalation in the three-month conflict, jets struck at the “epicentre” of the battle against rebels near the border with Russia, a military spokesman said.

Andriy Lysenko, a spokesman for the “anti-terrorist operation”

Warplanes also struck at targets near Donetsk, the east’s main town where rebels have dug in, destroying a powerful fighter base near Dzerzhinsk, Andriy Lysenko, a spokesman for the “anti-terrorist operation” said. 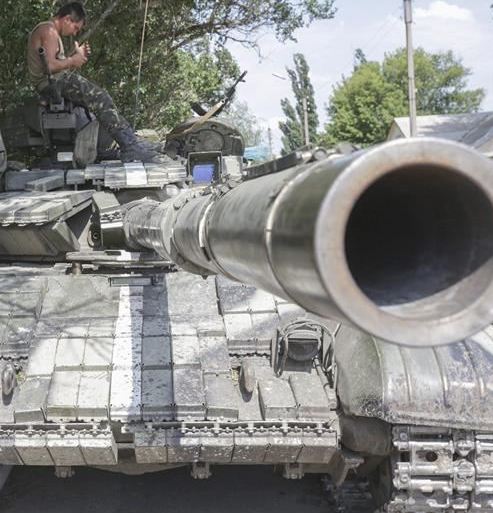