End of days? U.S. and China could be at war by 2045, warns British military

A war between the U.S. and China is just one of the potentially devastating scenarios outlined in a new study published by the UK’s Ministry of Defence (MoD). “U.S. arms sales to Taiwan, U.S. exercises with South Korea and China’s relationships with Iran and North Korea could all exacerbate tensions,” warns the study, “Global Strategic Trends – Out to 2045”. However the report also stresses strong relationships between Washington and Beijing should reduce the possibility of conflict.

Some augmentation of humans with embedded sensors and computing devices is likely to occur within the 2045 timeframe.

The human population is also expected to rise to between 8.3 billion and 10.4bn, leading to potential conflict over resources such as water, land and energy. The study warns that as drones become cheaper to manufacture they could fall into the wrong hands, as could radioactive material.

Warming of the oceans, due to climate change, may affect fish migration and could lead to the collapse of some fisheries in European waters. 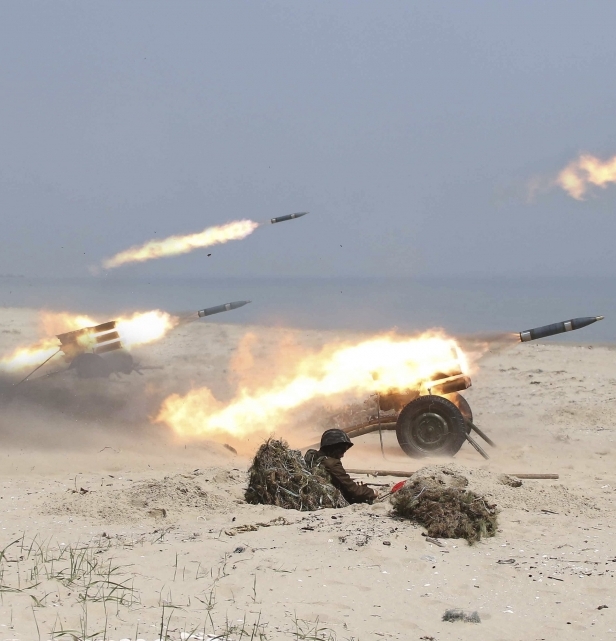