Ukraine: Russian troops have ‘entered’ their country to support separatists

Ukrainian President Petro Poroshenko says Russian troops have entered the country in support of pro-Moscow separatists. He has cancelled a working trip to Turkey and called an emergency meeting of Ukraine’s security and defence council. Mr Poroshenko said it followed “the rapidly deteriorating situation in Donetsk region, in particular in Amvrosiyivka and Starobesheve, as Russian troops have entered Ukraine”. Earlier the defence council said the border town of Novoazovsk and other parts of Ukraine’s south-east had fallen under the control of Russian forces who were staging a counter-offensive with rebels.

An increasing number of Russian troops are intervening directly in fighting on Ukrainian territory.

Ukraine’s Prime Minister Arseniy Yatsenyuk accused Vladimir Putin of having “deliberately unleashed a war in Europe” and called for an emergency UN Security Council meeting. He also appealed to the US, EU and G7 countries “to freeze Russian assets and finances until Russia withdraws armed forces, equipment and agents”. Russia denies arming the rebels and sending troops across the border, and has declined to comment on reports of Russian tanks in Novoazovsk. On Wednesday a top rebel leader, Alexander Zakharchenko, admitted Russian troops were fighting alongside his insurgents, but said they were on “holiday” after volunteering to join the battle. Zakharchenko told Reuters there were about 3,000 Russian volunteers serving in the rebel ranks. Nato has said there could be well over 1,000 Russian soldiers operating inside Ukraine.

The Russian authorities clearly said many times there are no regular Russian troops there. Russia is not taking part in this armed conflict. 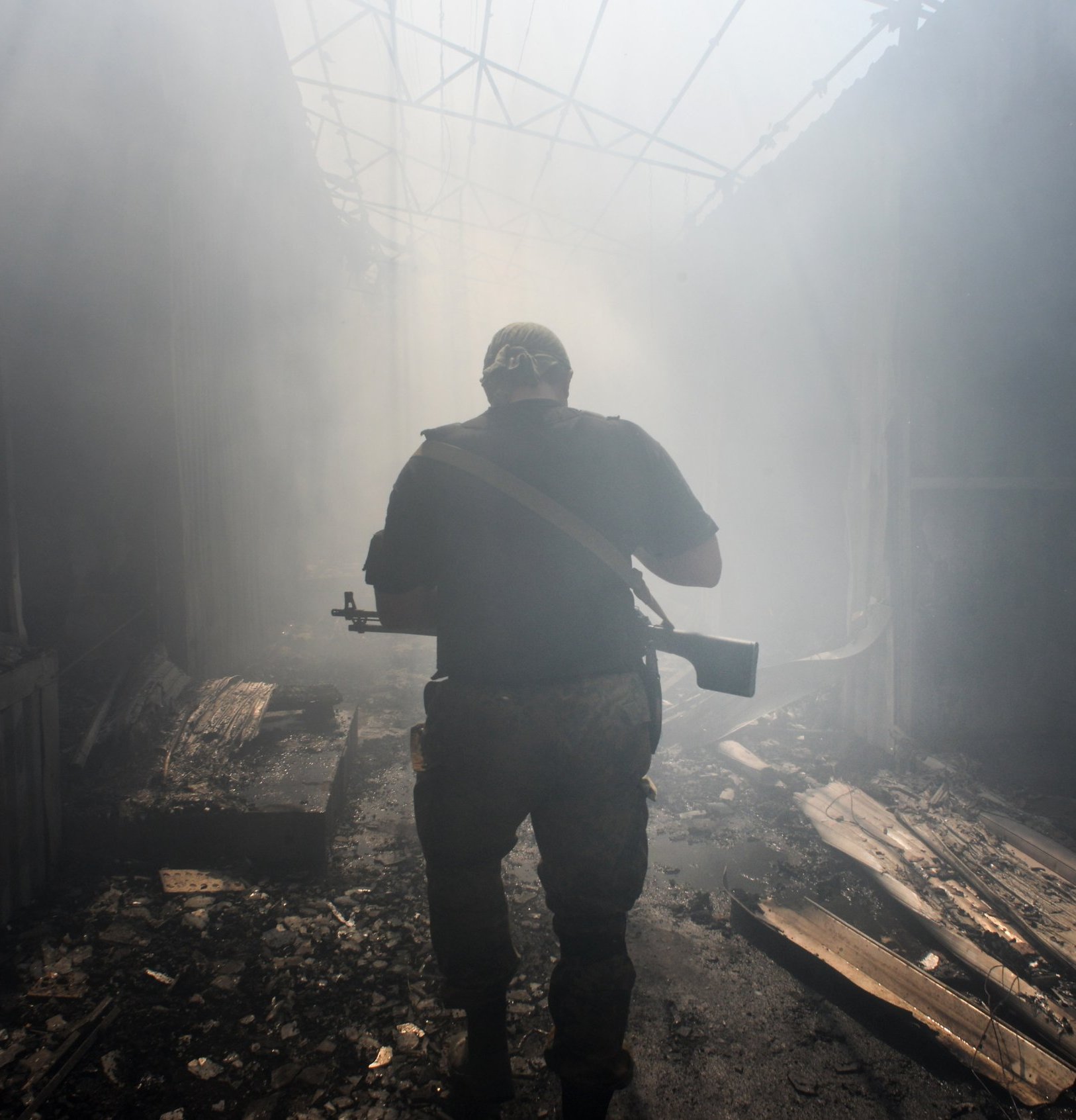