Ukraine set conditions for letting in Russian aid shipments to rebel-held eastern regions as the U.N. said the death toll in the separatist conflict nearly doubled to more than 2,000 in two weeks. After earlier vowing to block a massive Russian convoy headed for its borders, Kiev said Wednesday it would allow the aid to enter the country after it was inspected by Ukrainian border guards and foreign monitors. Ukraine has raised fears the convoy of nearly 300 lorries could be a “Trojan horse” bringing military help to pro-Moscow insurgents who launched a rebellion in the country’s east.

First they delivered tanks, Grad missiles, terrorists and bandits to shoot Ukrainians, and now they are delivering water and salt.

The convoy left the Moscow region on Tuesday carrying more than 1,800 tons of supplies including medical equipment, baby food, sleeping bags and electric generators, Russian media reported. Russia insists that it coordinated the mission with the International Committee of the Red Cross. Four months of fierce battles between Ukrainian forces and insurgents have left rebel strongholds in the east without power, running water or fuel, and with dwindling food supplies. As of Sunday, the death toll had hit 2,086, up from 1,129 on July 26, the U.N. human rights agency said. 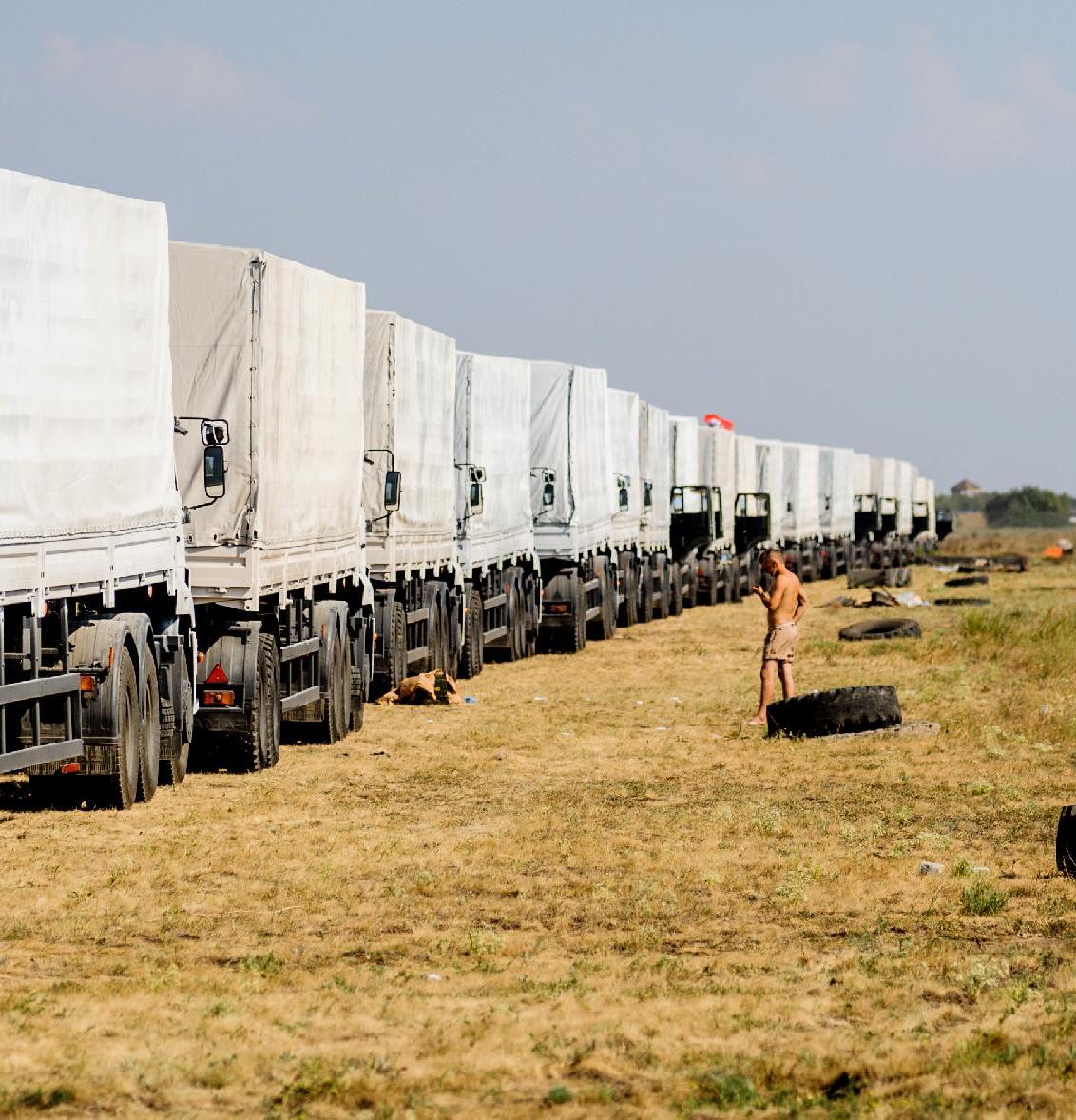