Ukraine’s revolution began with a status update on Facebook. Angered by another high-handed move by an increasingly unpopular government, activist reporter Mustafa Nayyem called for a rally on the country’s most famous square, Maidan Nezalezhnosti — Independence Square. “As soon as there are more than 1,000 of us, we will start organising,” Nayyem wrote. He got hundreds on that damp evening of Nov. 21, 2013, the start of a protest movement that eventually would draw hundreds of thousands into the square, topple the government and propel the world into a dangerous new diplomatic phase. One year on from that status update, Ukraine formed a coalition government Friday with a mission to overhaul the economy, combat corruption and steer the country toward integration with Europe.

How we’ve grown and maybe we’ve become a little bit sad, too.

Mustafa Nayyem via Facebook in the early hours of the anniversary

Yet despite that apparent success, the dreams that brought Nayyem and his followers into the square seem fainter than ever. Ukraine is battling to stave off economic collapse and waging an exhausting war against Russian-backed separatists in the east. Ukrainians marked Friday’s anniversary with elegies to those who died during the political upheaval that drove out disgraced President Viktor Yanukovych in February. His successor, Petro Poroshenko, laid a wreath at a memorial on the Kiev street where many were shot dead. But when thoughts turn to what has been achieved since those lives were lost, sorrow often turns to bitterness.

The results of this year have been catastrophic for the history and prospects of Ukraine. All revolutions, as we see, lead to catastrophe. 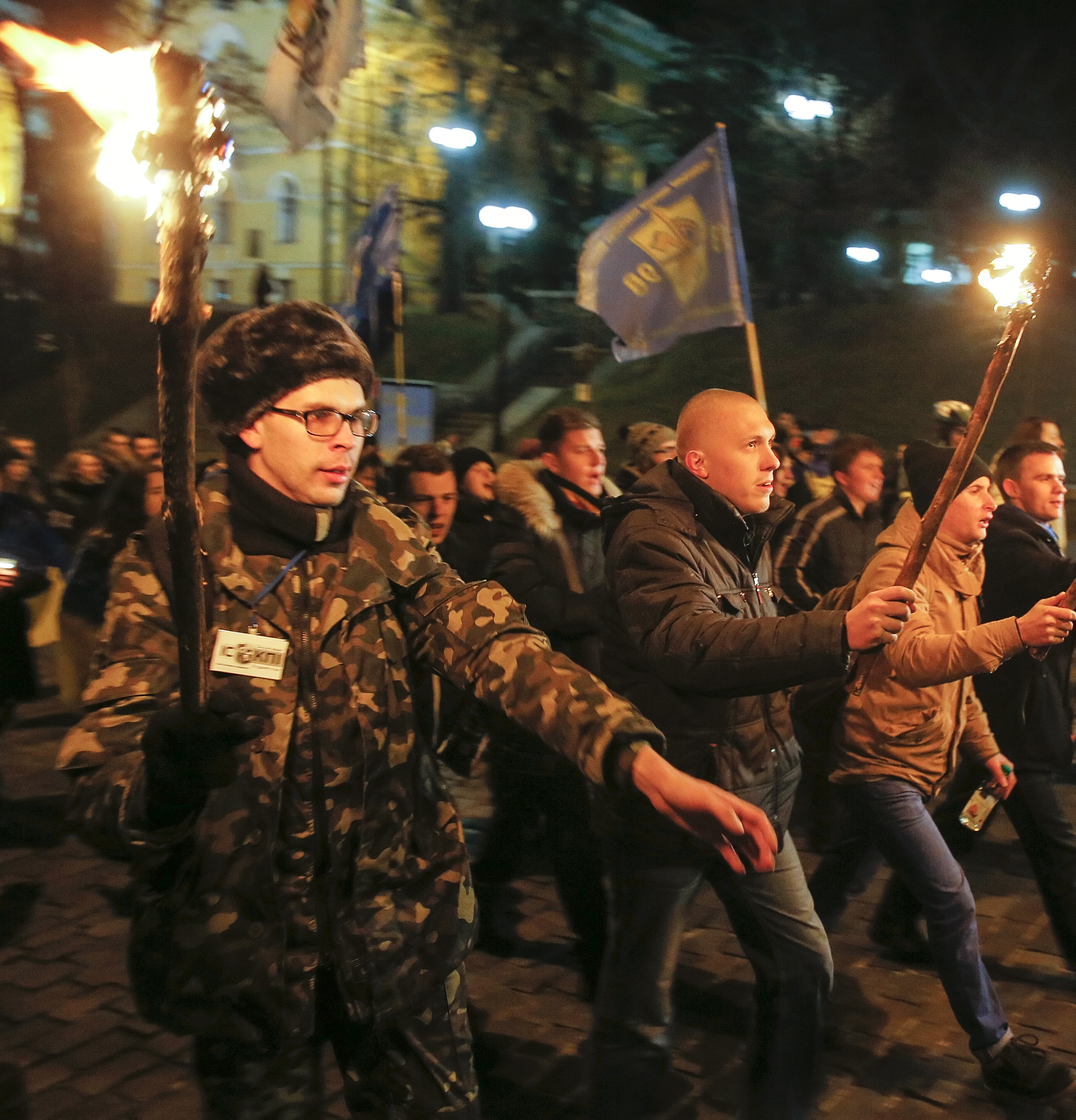