Three Ukrainian soldiers were killed and eight wounded in attacks by pro-Russian separatists in the past 24 hours, a military spokesman said on Thursday, further marring a truce which began with a “Day of Silence” on Tuesday. Military spokesman Andriy Lysenko said government forces had come under attack from separatist shells 22 times in the past 24 hours, though the army itself was still observing Tuesday’s “silence regime”. The renewed violence in Ukraine’s east, where separatists have broken with the pro-Western government in Kiev and set up ‘people’s republics’, further clouded prospects for a resumption of peace talks to end eight months of conflict. Though Russia said on Thursday it was sparing no effort to convene another round of peace talks, Kiev has ruled out another meeting with Russia and the separatist leaders until the guns have fallen completely silent in a fully-supported ceasefire.

Please stop the fire. Please release the hostages. Please withdraw your troops from my territory. Please close the border. And I promise if you close the border, within one, two, three weeks, we have peace and stability in Ukraine.

Meanwhile, Australia pledged its support for Ukraine with PM Tony Abbott calling for an end to the bloody conflict in Eastern Europe and Ukraine’s leader urging Russia to withdraw. Mr Abbott, a sharp critic of Russia since Malaysia Airlines Flight 17 was shot down in July over rebel-held territory in eastern Ukraine, said Russia must honour a little-respected cease-fire agreement signed in September.

Australian PM Tony Abbott, when asked if Australia was taking sides in a European war 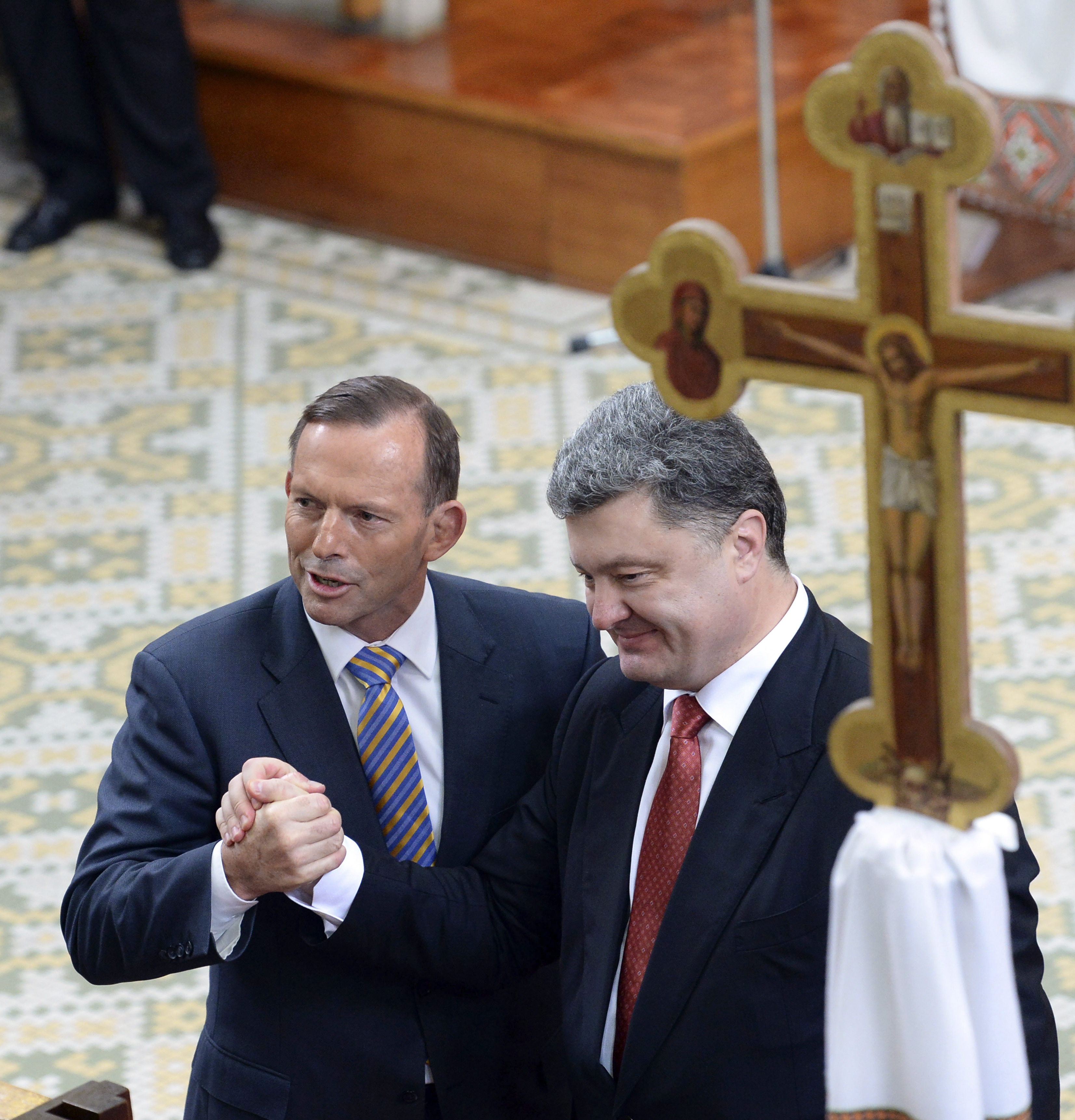