Secretary-General Ban Ki-moon is strongly condemning the kidnapping of Turkey’s consul general and “many” diplomats in Iraq’s second-largest city, Mosul, which has been largely overrun by al-Qaeda-inspired militants. The U.N. chief said that he was “shocked” to learn of the kidnappings by “terrorists.” He urged the Iraqi government, regional countries and the international community to do everything possible to secure the safe release of the diplomats and bring the perpetrators to justice.

This is totally unacceptable.

NATO ambassadors held an emergency meeting at Turkey’s request on Wednesday on the situation in northern Iraq, where Islamist militants have seized swaths of territory and taken 80 Turkish citizens hostage. A NATO official said attacks by militants from the Islamic State in Iraq and the Levant in Mosul represented “a serious threat to the security of Iraq and to the stability of the region.” 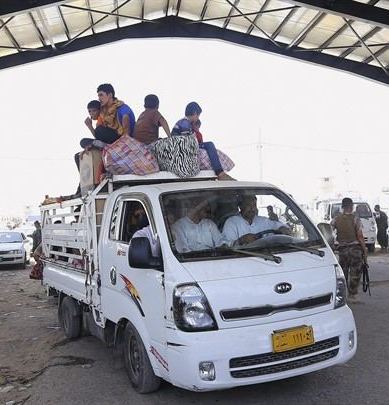