Senior policemen have defended an undercover officer who pulled a gun on protesters during a march against police brutality. The officer was pictured by a Reuters photographer after drawing his weapon during a march in Oakland, California. The plain-clothed cop was among protesters marching against decisions not to bring charges in the killings of Michael Brown in Ferguson and Eric Garner in New York. The march had dwindled from 150 to about 50 people when the officer and his partner were recognised, according to police chief Avery Browne. Mr Browne said the officers - who were gathering information - attempted to leave, but a man struck one of them in the back of the head, starting a struggle.

We are extremely, extremely cognizant and sensitive to the display of a gun It can be very upsetting.

The crowd then “encircled the officers and began to close in,” according to Mr Browne. The officer who had not been hit brandished his badge and baton, and ordered the demonstrators to back up, Mr Browne said. When they failed to back off, the officer drew his weapon. Within a minute or two, about 20 uniformed Oakland police officers arrived and detained one of the protesters. Mr Browne added the detective involved told him he had been in fear for his and his partner’s lives and there was a “mob continuing to advance upon them”.

No one has provided any evidence that the officers were inappropriate in what they did. 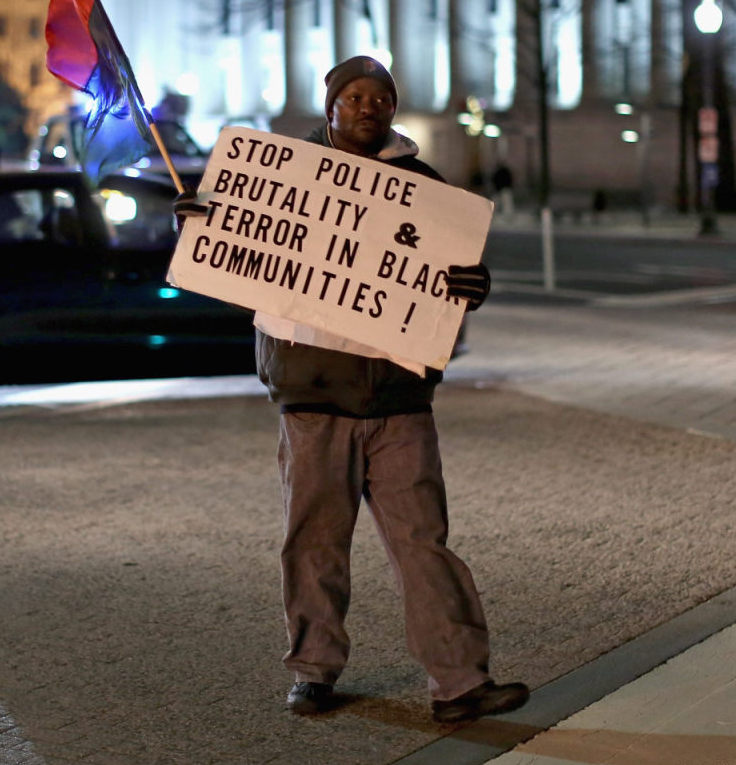