The eyes of the world will fall on Glasgow today when the opening ceremony of the 20th Commonwealth Games takes place. The spectacle, described by organisers as the most prestigious live event ever seen in Scotland, is being held at Celtic Park in the east of the host city. A global television audience of more than one billion people is expected to tune in to watch the events unfold.

What we are about to deliver in Glasgow, I think, will be the best ever Commonwealth Games, for sure. We have learned from Manchester and particularly London 2012, but we are ready to deliver something spectacular.

The Queen, as head of the Commonwealth, will attend the ceremony with the Duke of Edinburgh to formally open the 2014 sporting spectacle. The ceremony will be the first big test of Glasgow’s ambition to host the greatest Commonwealth Games of all time. While organisers have kept much of the detail of the launch close to their chest, they have promised it will have a distinctly Glaswegian accent. Singers Rod Stewart, Susan Boyle and Amy Macdonald are among those performing in front of a live audience of 40,000 spectators, but those masterminding the ceremony have promised ordinary Glaswegians will also be heavily involved. 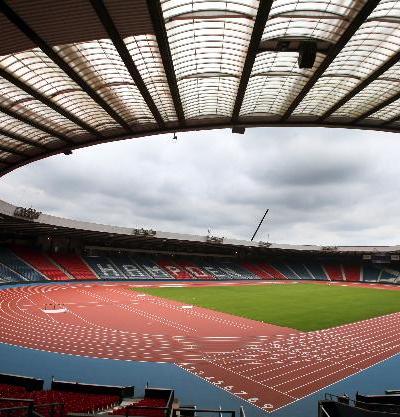