R&B singer Usher has come out in defence of his protege Justin Bieber after a second video of the young entertainer making racist remarks emerged this week. Usher, who signed Bieber to his RBMG record label in 2008, wrote a lengthy note on his Instagram account on Saturday. He said he did not support all of Bieber’s decisions of late, but added he did not believe the child star was a racist.

As I have watched Justin Bieber navigate difficult waters as a young man, I can tell you that he hasn’t always chosen the path of his greatest potential, but he is unequivocally not a racist.

A video of Bieber, now 20, telling a racist joke at the age of 14 emerged last Sunday. A second video of the singer inserting the N-word into his song “One Less Lonely Girl” was released on Wednesday. Usher said the Bieber of five years ago was “a naïve child” who did not understand the impact of “playing with racial slurs”.

What he is now is a young man faced with an opportunity to become his best self, an example to the millions of kids that follow him to not make the same mistakes. 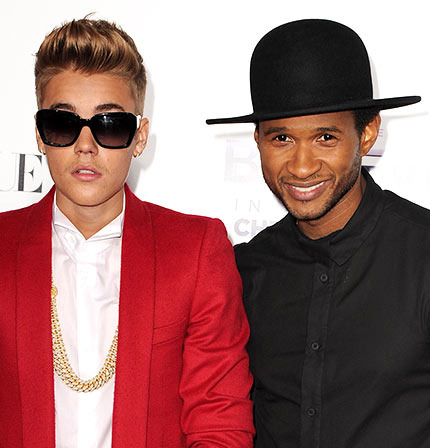