Venezuelan prosecutors have charged a prominent opposition leader with conspiracy in relation to an alleged plot to assassinate leftist President Nicolas Maduro. Maria Corina Machado, a vocal supporter of anti-government protests that rocked the country earlier this year, vehemently rejected the charge as she left the attorney general’s office after questioning. The attorney general’s office said in a statement she had been charged with “conspiracy” for “allegedly having links to the assassination plan against the president.” Under Venezuelan law she faces eight to 16 years in prison if convicted.

Today they have charged me with the crime of conspiracy. All the accusations and supposed evidence are false, and I reject them.

Maduro, who succeeded the late Hugo Chavez last year and has come under mounting political pressure as the country’s oil-based economy sours, has made frequent claims of plots against him. Machado, 47, who says the evidence against her amounts to slander, was ousted from her seat in the National Assembly in March. Along with Leopoldo Lopez, an opposition leader jailed since February on charges of inciting violent protests, Machado has been one of the most visible figures in an anti-government protest movement that is using street protests to press for Maduro’s resignation. The opposition and human rights groups have accused the government of using the judicial system to persecute dissidents.

We are deeply concerned by what appears to be the Venezuelan government’s continuing effort to intimidate its political opponents through abuse of the legal process. 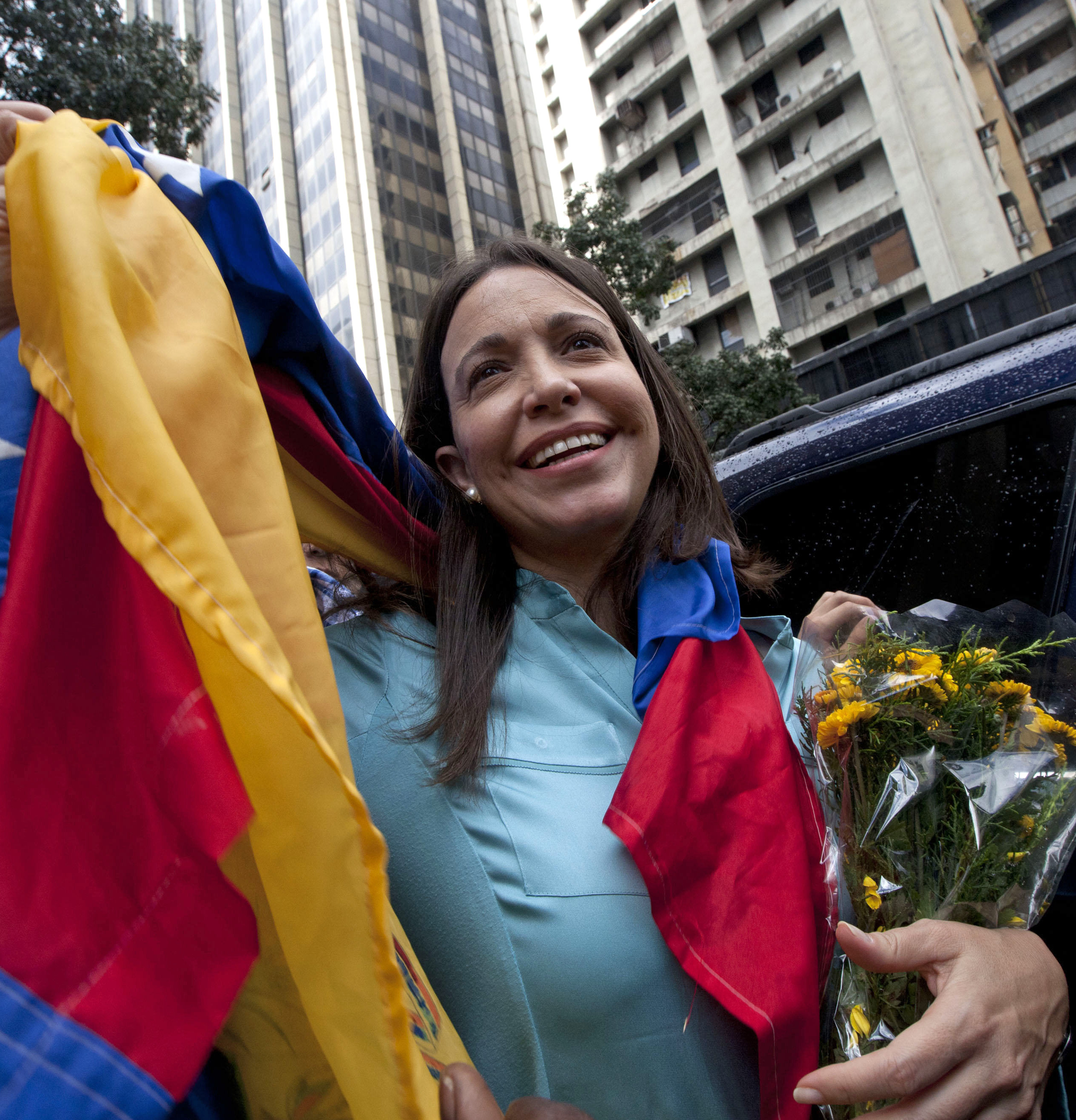