Powerful militia battling for control of the Libyan capital’s airport have agreed on a ceasefire, Tripoli’s mayor said. The truce was confirmed by both warring sides, and would see control of the airport handed over to neutral forces. The installation has been closed since fighting erupted on Sunday when Islamist gunmen from Misrata launched an attack on the airport, which has for the past three years been held by liberal, anti-Islamist fighters from Zintan, southwest of the capital. Mokhtar Lakhdar, a commander for the Zintan forces, confirmed to AFP that a truce had been agreed under the authority of the local government council.

[It was a] battle of revolutionaries … against followers of the old regime.

Earlier, air controllers in western Libya went on strike to protest the shelling of Tripoli’s main airport, halting flights in much of the oil-producing country, a government official said on Thursday. The strike put pressure on rival militias to end four days of heavy fighting over control of the country’s biggest airport, during which at least 20 aircraft have been damaged in the worst violence in the Libyan capital for six months. 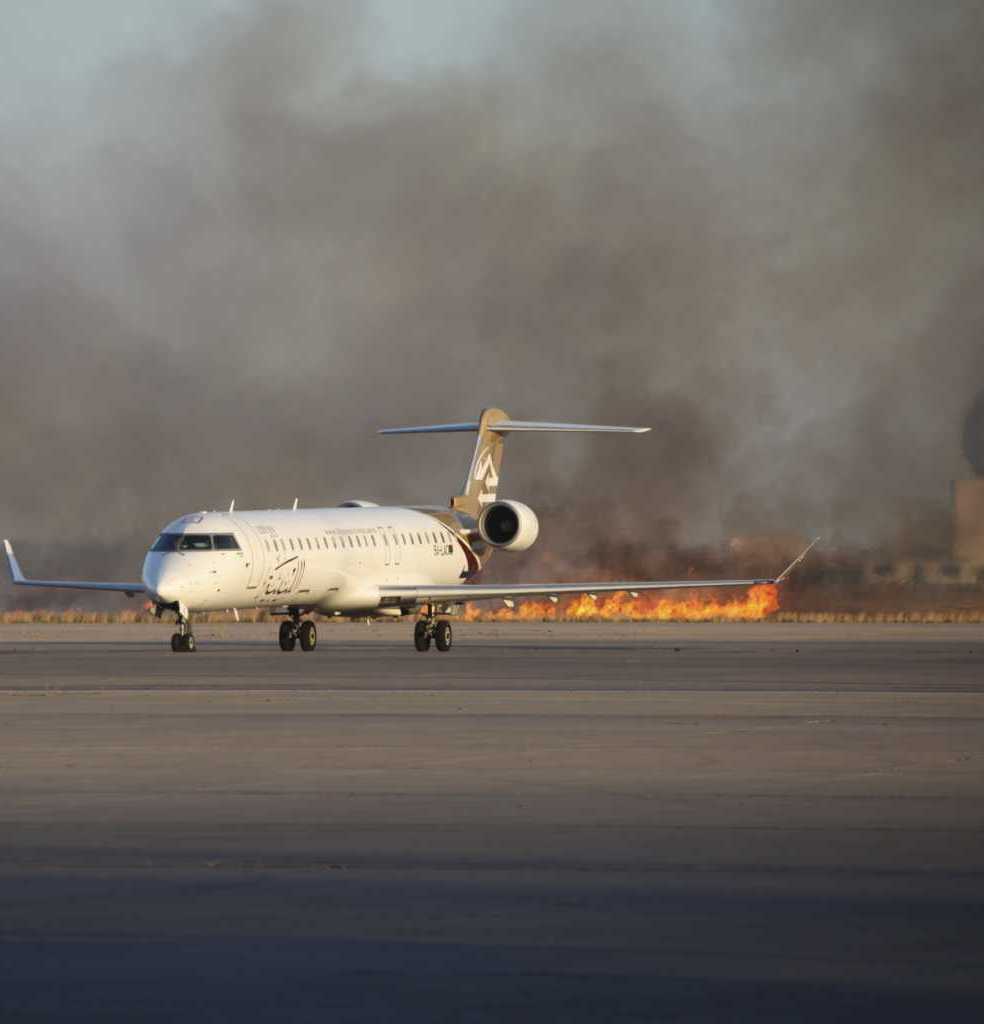