French lawmakers will today debate a motion urging the government to recognise Palestine as a state, amid growing European frustration at the moribund Middle East peace process. The symbolic motion is expected to pass comfortably on December 2 when the lower house of parliament votes on the text proposed by the ruling Socialists. The vote comes hot on the heels of a similar resolution approved by British lawmakers on October 13, Spanish MPs on November 18 and the formal recognition by Sweden on October 30. It is non-binding on the government, although Foreign Minister Laurent Fabius told AFP in a recent interview that France would “obviously at a certain moment recognise the Palestinian state”.

If we do not act now, there is a risk of entering into an irreversible cycle of violence and transforming this territorial conflict into a regional conflict. Nothing would be worse for the region and for Europe.

Elisabeth Guigou, the Socialist MP who drafted the text

France was the scene of several pro-Palestinian demonstrations against Israel during this summer’s 50-day offensive by the Israeli army in Gaza that killed more than 2,000 Palestinians and dozens of Israelis. Some of these turned violent, with looters in July destroying Jewish business and shouting anti-Israel obscenities in the Paris suburb of Sarcelles - sometimes known as “Little Jerusalem” for its large community of Sephardic Jews. The Jewish Agency for Israel, an advocacy group, said in September that more Jews had left France for Israel than from any other country in 2014, blaming a “climate of anti-Semitism.” Ahead of the vote, Israeli Prime Minister Benjamin Netanyahu warned France it would be making a “grave mistake” if it recognised Palestine as a state.

Do they have nothing better to do at a time of beheadings across the Middle East, including that of a French citizen? 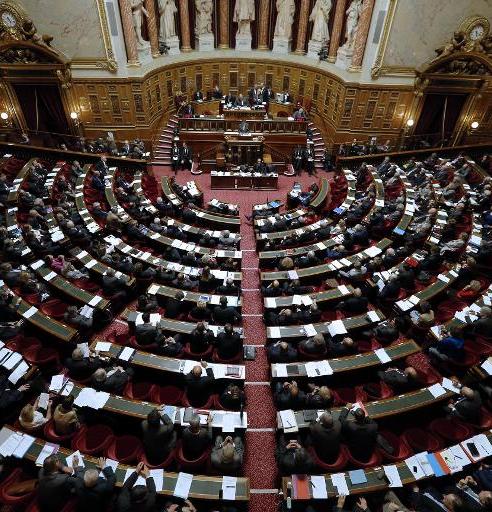