A black bear literally crashed a child’s birthday bash and helped itself to some cupcakes in Alaska. The bear had shimmied onto the roof of Alicia Bishop and Glenn Merrill’s home and was walking across a skylight when the bottom fell out on Saturday, the Juneau Empire reported. Mr Merrill said he and the bear were about 3 feet apart and just stared at each other in disbelief. While Mr Merrill, 45, had his parents take his son, Jackson, upstairs, Ms Bishop, 33, watched behind a glass door as the bear help itself to some cupcakes intended for the child’s birthday party.

I heard this cracking. And the next thing you know, there’s this bear that, I mean, literally, fell right from (the skylight).

Ms Bishop opened a side door, and the couple were able to shoo the bear outside. The animal retreated to the woods. Mr Merrill said the bear wasn’t aggressive, and seemed used to being around people. About 30 minutes later, Juneau police responded to a report of a bear inside a nearby home. Officers arrived and shot it when it appeared in the doorway. The bear ran behind the house, where it was later found dead.

The bear walks over and puts its paws up on the table and starts licking his birthday cupcakes, and I’m just like, ‘You’ve got to be kidding me.’ 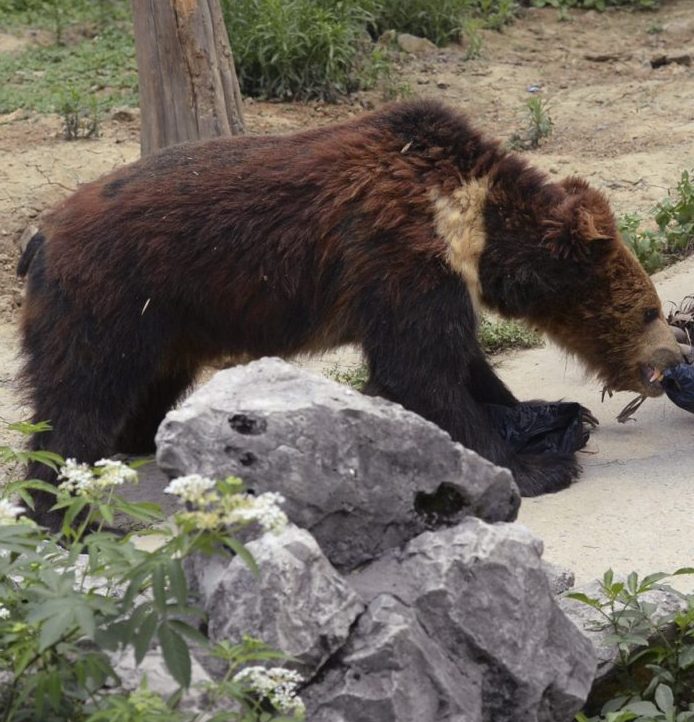