YouTube have refused Egypt’s request to remove a video showing an Egyptian woman, bloodied and naked, being dragged from Tahrir Square after the inauguration of President Abdel Fattah al-Sisi. The website has taken down copies of the video in which the woman can be identified. But because YouTube officials consider the attack newsworthy, it has left up versions that blur her image. YouTube asks viewers who want to watch the assault to verify that they are at least 18 years old. During a televised visit to the woman shown being attacked in the YouTube video, President Sisi promised to have the video taken down.

YouTube said it respected individuals’ rights to privacy and had always removed videos entirely when there was a privacy complaint and an individual clearly identifiable. Yesterday, Egyptian officials announced that 13 men will be tried for assaulting at least three women before and during celebrations in Tahrir Square after last Sunday’s inauguration. The prosecutor is also investigating the person who shot and uploaded the video of the attack, calling it a “violation of public decency.”

We need to shatter the culture of impunity and make justice the norm, not the exception, for these crimes. 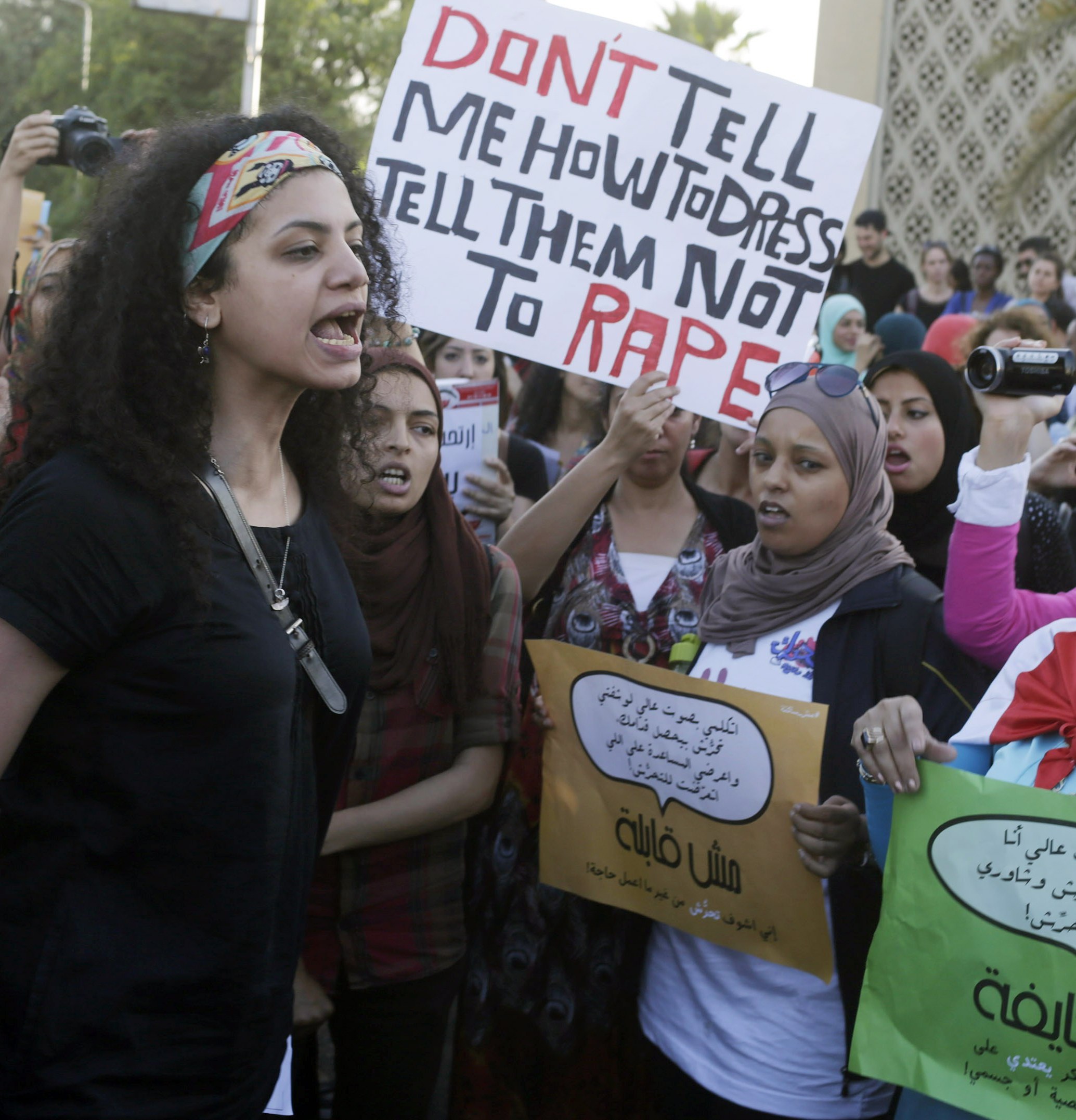