Porcupines in cages, endangered tortoises in buckets and snakes in cloth bags – rare wildlife is on open sale at a Chinese market, despite courts being ordered to jail those who eat endangered species. China in April raised the maximum sentence for anyone caught selling or consuming endangered species to 10 years in prison, but lax enforcement is still evident in the Xingfu wholesale market in Conghua, a province of Guangdong. The market was the subject of a Chinese media expose two years ago, when a local official told the state-run Beijing Technology Times that its role as a centre for animal trafficking was an “open secret”. Beijing first enacted laws in 1989 forbidding trade in scores of creatures including the Chinese pangolin, but has long struggled to enforce the ban as a booming economy has boosted demand. Guangdong eateries do not generally advertise endangered species but offer them to trusted customers on secret menus. Last year a chef surnamed Wang said his restaurant sold pangolin for 2,000 yuan (US$322.50) per half kilo.

I am not optimistic the the rules will be enforced, because the legal system in China is still not very robust… [the trade in protected animals] is getting worse, because it has been driven underground. 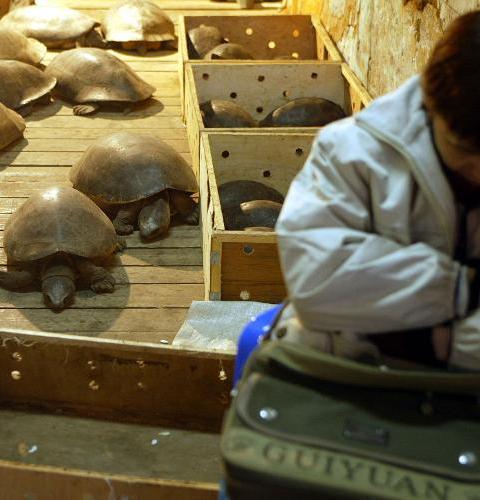