A workers’ revolt at a supermarket chain in the U.S. has led to empty shelves, angry customers and support for a boycott from more than 100 state legislators and mayors. The trouble at Market Basket—which has 25,000 employees and 71 stores in Massachusetts, New Hampshire and Maine—began decades ago as a family feud between two cousins, Arthur T. Demoulas and Arthur S. Demoulas. The most recent round of infighting began last year when Arthur S. gained control of the board of directors and bubbled over when Arthur T. was fired as CEO last month. Many employees are distrustful of Arthur S. and two co-chief executives who were brought in from outside the company: Felicia Thornton, a former executive of the grocery chain Albertsons, and Jim Gooch, former president and chief executive at RadioShack Corp.

You know the movie, ‘It’s a Wonderful Life’? He’s George Bailey. He’s just a tremendous human being that puts people above profits. He can walk through a store, and if he’s met you once, he knows your name, he knows your wife, your husband, your kids, where they are going to school.

Tom Trainor, a district supervisor who worked for the company for 41 years

Despite threats by new management to fire any workers who fail to perform their duties, 300 warehouse workers and 68 drivers have refused to make deliveries. Eight supervisors have been fired. Warehouse workers have refused to make deliveries to Market Basket stores this week, leaving fruit, vegetable, seafood and meat shelves empty. Workers have held huge protest rallies and organised boycott petitions through social media, attracting thousands of supporters. Customers are defecting to other grocery stores. In some cases, customers have taped receipts from competitors to Market Basket windows. At the start of the weekend, board members said they will consider an offer Arthur T. made this week to buy the company.

If you had told me that workers at a grocery store would walk out to save the job of a CEO, I would say that’s incredible. There is usually such a gulf between the worker and the CEO.

Gary Chaison, a professor of industrial relations at Clark University in Worcester, Massachusetts 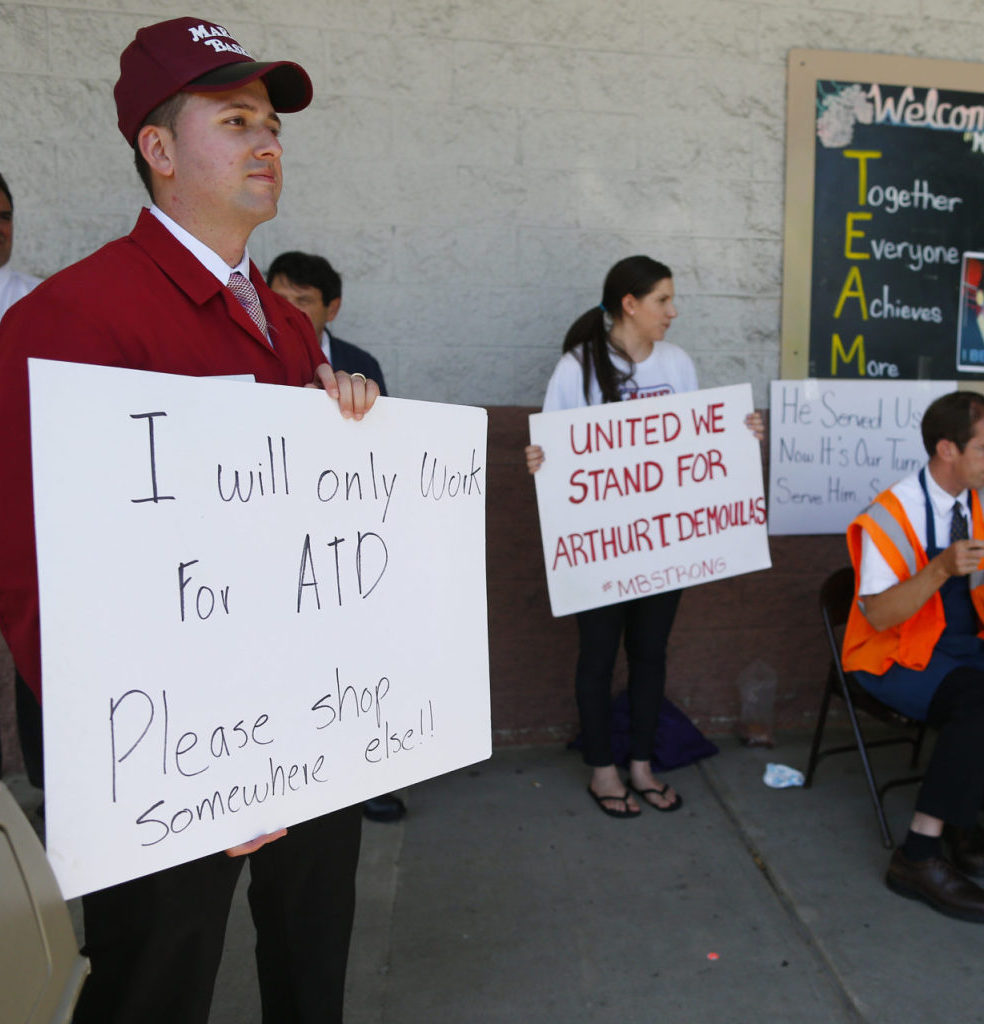