A 25-year-old man, whose outburst aboard a Sunwing Airlines flight on Friday caused the diversion of Flight 772, has been released on bail. The morning flight from Toronto to Panama City was returned to the Canadian capital 45 minutes after takeoff, escorted by two F-16 fighter jets. North American Aerospace Defence Command (NORAD) said the two fighter jets from Ohio flew with the plane out of U.S. airspace as a “precaution.”

It was extremely scary. The kids were scared, I was scared.

Video footage shows the moment armed police stormed the plane to arrest the passenger, identified as Ali Shahi. In the video, the police are heard shouting “heads down, hands up” as they move through the aircraft. Shahi is then bundled off the jet with his hands held behind his back by one of the officers. The jet had 189 people on board. 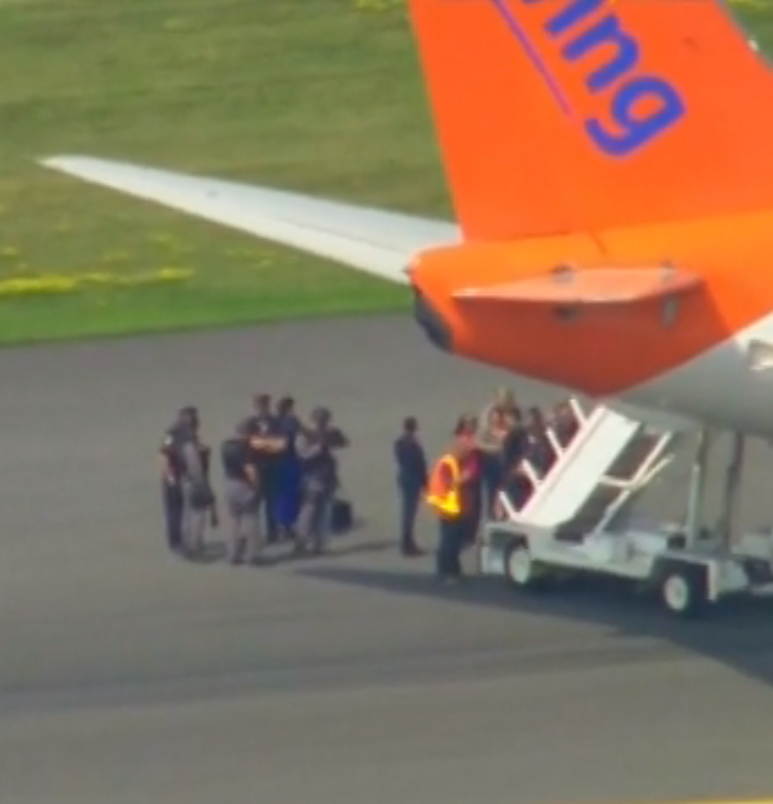