An Indian woman who has staged a 14-year hunger strike against rights abuses in the country’s northeast broke down in tears on Wednesday as she was finally released from a hospital jail. Irom Sharmila, known as the Iron Lady of Manipur for her unwavering and nonviolent protest, said she was “happy” at being freed after spending years in custody but vowed to continue her fast in protest at alleged abuses by the military. Sharmila, looking frail and with her voice faltering, said she wanted “mass support” for her protest as she emerged from a hospital in Imphal, the capital of Manipur state. “I will continue with my hunger strike no matter what comes,” she told the hundreds of journalists and well-wishers massed outside the hospital in Imphal.

Unless and until my demand is fulfilled I will not touch anything else through my mouth.

Supporters greeted her with flowers and erupted into cheers as she appeared. “I am overwhelmed with the support given to me by the people,” Sharmila said. “What I want from our people is not singing my glory. What I want from our people is their mass support,” the 42-year-old said. A Manipur court on Tuesday ordered Sharmila’s release, ruling that a longstanding criminal charge against her of attempting suicide was unsustainable. The lower sessions court ruled that the fast by Sharmila, who insists she is not trying to take her own life, is a “political protest through lawful means”. The court said in Tuesday’s judgment that the state government “may take appropriate measures for her health and safety” such as continuing with feeding her through her nose if she continues to fast. Sharmila began her hunger strike in November 2000, after witnessing the army’s killing of 10 people at a bus stop near her home in Manipur, which is subject to the draconian Armed Forces Special Powers Act (AFSPA). She was arrested a few days later and was then sent to a hospital that was partly converted into a prison. She was force-fed via a nasal drip several times a day. 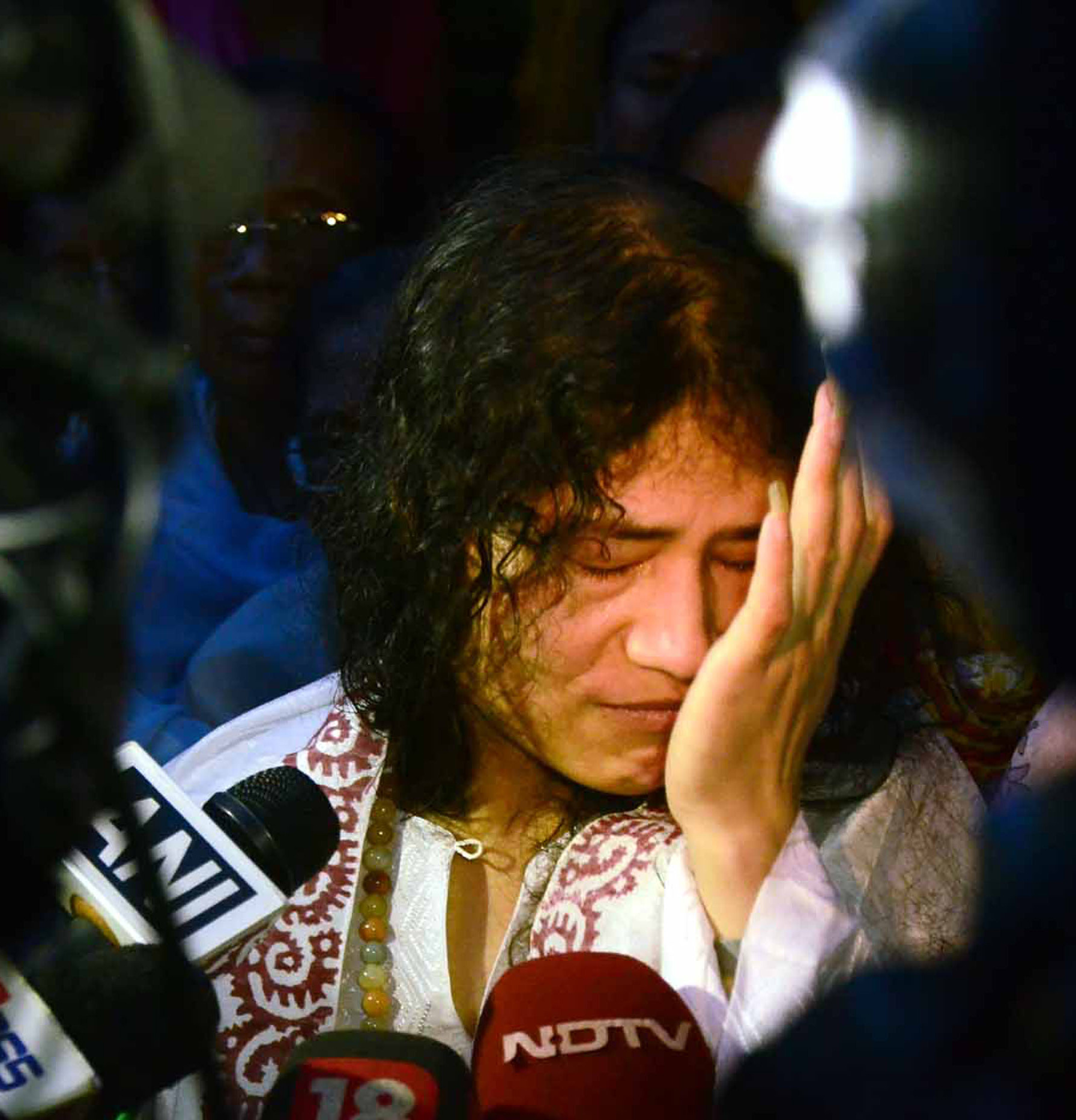