Aid workers are set to take vital medical supplies into conflict-hit Yemen after the Saudi-led military coalition approved the move, the International Red Cross says. Russia and the agency have called for an urgent pause in airstrikes to allow in aid, replenish struggling hospitals and evacuate foreigners. The coalition has been launching aerial raids in the country to repel advances by Houthi forces who have taken over large areas of Yemen over the last six months, including the capital Sana’a. But the Red Cross says a 24-hour ceasefire is needed to deliver aid and address “dire” conditions. The agency has been negotiating with the military for nearly a week about allowing in aid.

We have received permission from the coalition for two planes now, one carrying supplies and one with staff.

Hospitals are said to be low on medicine, with the streets of the southern port city of Aden reportedly littered with bodies. Food and water supplies are also dwindling, according to the aid agency. Houthi rebels have gained ground in Aden after fierce street fighting against forces loyal to President Abd-Rabbu Mansour Hadi - who has fled the country. Saudi planes parachuted in weapons, including rocket-propelled grenades, on Friday, but the Houthis still gained ground. The 11-day campaign has also involved forces from Bahrain, Egypt, Kuwait, Qatar and Oman. The conflict has pitted Shia Iran, which backs the Houthis, against Sunni-dominated Saudi Arabia, its regional rival. 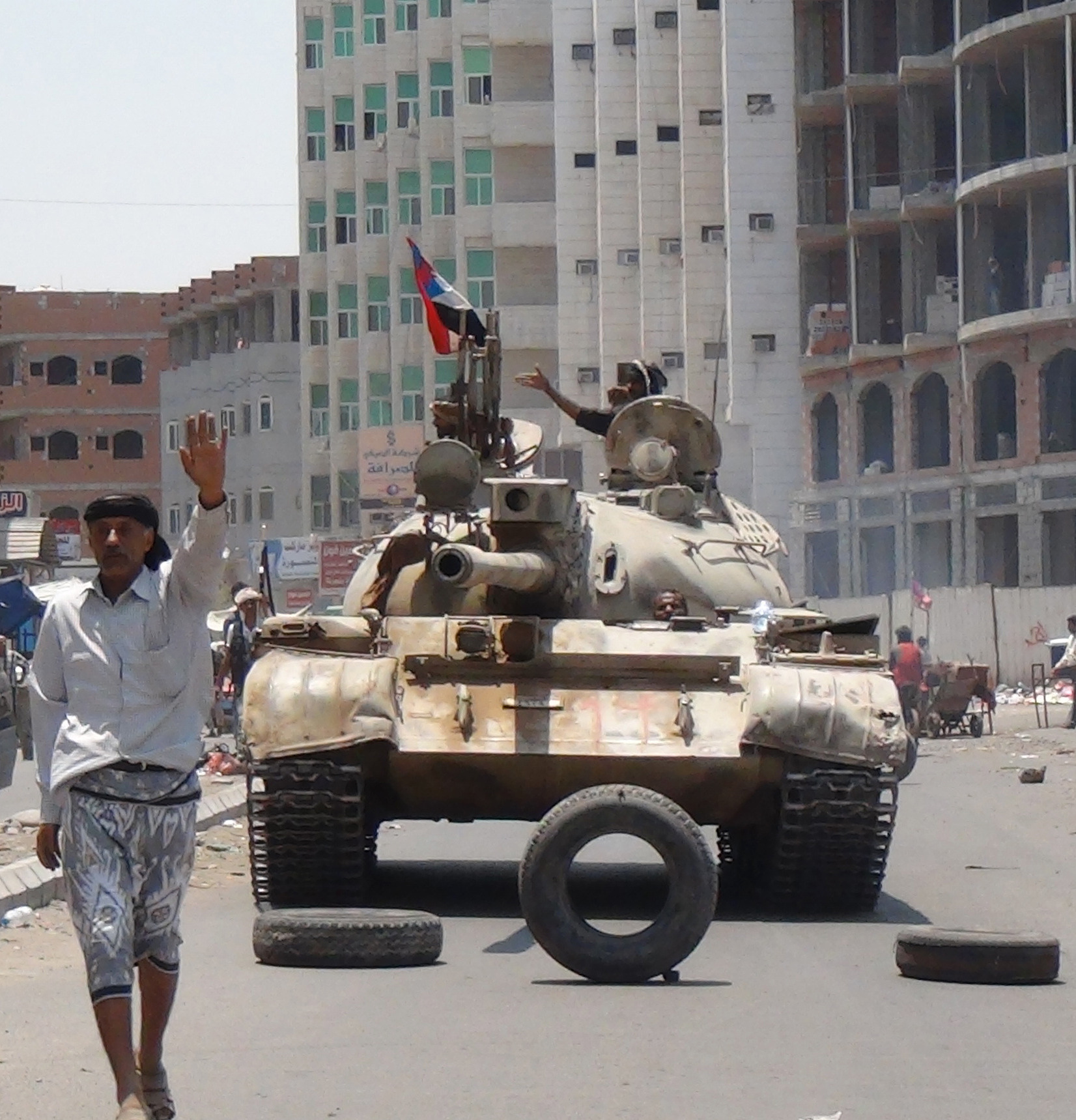