Hundreds of firefighters are battling a massive fire that has lit up the skies of downtown Los Angeles. The LA Times says a tall residential building with commercial space on the bottom floors is at the centre of the blaze. Around 250 firefighters are thought to be on the scene. The fire, which started around 1am, has shut parts of major freeways in the city. Pictures and video on social media showed views of the fire taken from several miles away on the Hollywood Hills.

There are no reports of any injuries. LA Fire Department tweeted the location as 909 W Temple Street and said the building was still under construction. Shards of glass are falling from the burning structure, and the public and the media have been warned to stay well away. Freeway 101 is closed in both directions, according to California Highway Patrol, which said traffic was being diverted at Alvarado Street and Union Avenue. 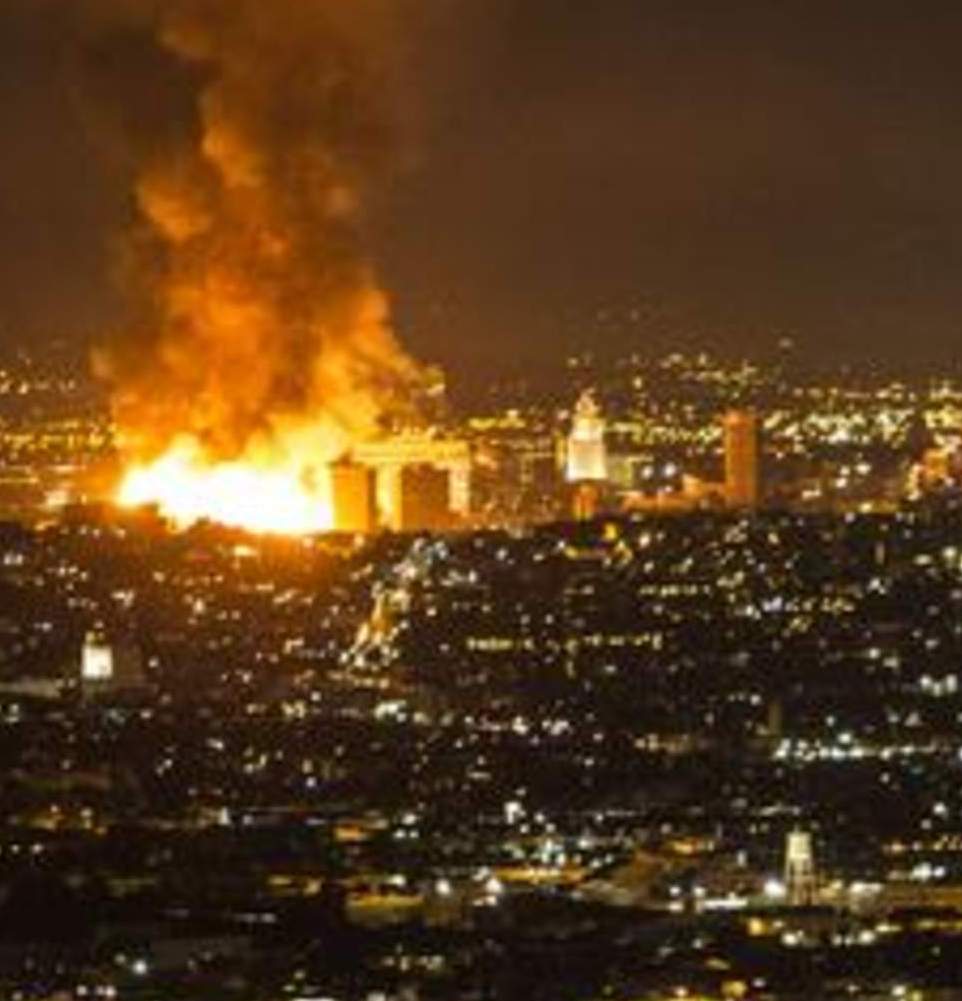