Amazon.com Inc launched a $9.99-per-month subscription service on Friday that lets customers read as much as they choose from its library of more than 600,000 digital books. Subscribers to the Kindle Unlimited service can read e-books, including “The Hunger Games” and “Life of Pi,” on Amazon’s Kindle e-reader or any device with a Kindle app. The launch of Kindle Unlimited comes as Amazon remains mired in a months-long contract dispute with the No. 4 U.S. publisher Hachette Book Group, owned by France’s Lagardere, over how to price e-books. Amazon is also in talks about digital book pricing with Simon & Schuster, owned by CBS Corp.

Someone is going to figure out how to build a consumer brand around subscription books and force publishers to participate, and Amazon can’t afford for it not to be Amazon.

Amazon’s move to offer the Kindle Unlimited service reflects consumers’ growing preference toward subscription-based models for consuming digital media, such as Netflix Inc for movies and television shows and Spotify for music. The new Amazon service will compete with others in the market, including Oyster, which charges $9.95 per month for unlimited access to more than 500,000 titles. 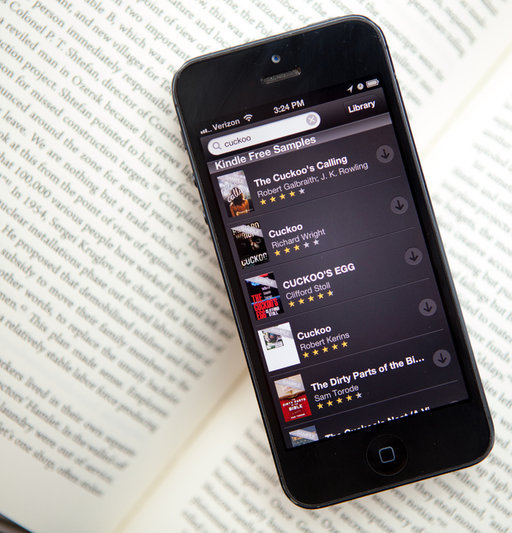