A spectacularly well-preserved sea monster that once prowled the oceans during the Cambrian Period has been unearthed in China. The 520-million-year-old creature, one of the first predators of its day, sported compound eyes, body armor and two spiky claws for grabbing prey. The fossils were so well preserved that the nervous system and parts of the brain were still clearly defined. In the last several years, researchers unearthed three spectacularly preserved specimens of a new species of anomalocaridid in fossil sediments in China. Scientists still can’t pinpoint where on the tree of life these ancient sea monsters go.

The three known specimens may represent immature stages of the animal, so it might be larger. 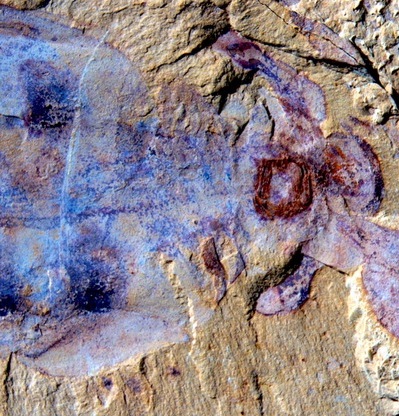